Stormers got what they wanted 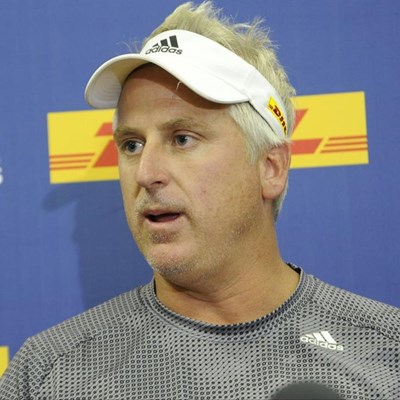 Coach Robbie Fleck. Image: twitter.com
NATIONAL NEWS - Coach Robbie Fleck is not fooling himself and he reckons there is much work still to be done, but overall he was satisfied with his DHL Stormers team’s 43-7 win over the Toyota Cheetahs in the first warm-up match of the season in Harare at the weekend.

The Stormers scored seven tries in the game against the Currie Cup champions at the National Sports Stadium, and Fleck was understandably happy with that result.

“It was a good start for us and all the goals we set for ourselves this weekend were achieved,” said the coach.

“We saw a few glimpses of the hard work we did in the pre-season, but we are certainly not there yet and still have a long way to go.”

The Stormers have two more games to play before their first Super Rugby match against the Vodacom Bulls at Newlands on 25 February. They travel to George this week to play the South Western District Eagles before hosting the Emirates Lions in Cape Town on 11 February. The Harare experience will enable the Stormers players to approach those games with some confidence.

“We scored some decent tries from turnover ball and it is always nice when you see some results from what you are working on. As management there were quite a few things that excited us. But there are definitely also aspects that we still need to work on.”

The Stormers will shortly be welcoming Blitzbok legend Seabelo Senatla back from Sevens duty. Senatla will play his last tournament in Sydney this weekend and then be available for the Stormers for the entire Super Rugby season. His pace will be welcomed by Fleck’s team, and possibly by the Springboks in June.
Read more on SuperSport

Read more about: Stormers what they wanted Robbie Fleck