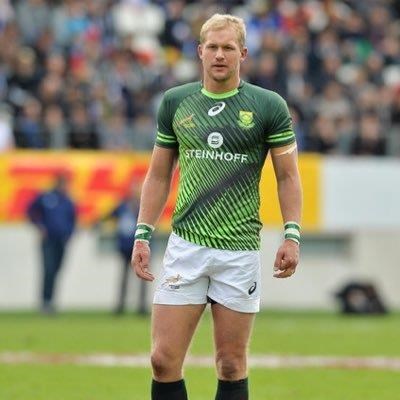 Springbok Sevens captain, Philip Snyman. Image: twitter.com
NATIONAL NEWS - Springbok Sevens coach Neil Powell on Thursday stuck with the tried and tested squad that won in Dubai last weekend for the second edition of the HSBC Cape Town Sevens tournament, to be played at the Cape Town Stadium this weekend.

The 12 players that were crowned champions of the Emirates Airlines Dubai Sevens last Saturday will again start in Cape Town, with Siviwe Soyizwapi the reserve player that will replace any injured Blitzbok during the tournament for the second week in a row.

The South Africans are looking to defend the title they won in last year’s inaugural tournament, as well as a fourth consecutive title at home, after also winning the last two tournaments hosted in Port Elizabeth in 2013 and 2014.

With a combined total of 375 tournament caps, the Blitzbok squad is the most experienced among the 16 contenders for the Cape Town title.

“We are fortunate to be able to again field an experienced squad,” Powell said.

“There were niggles from Dubai, but those were expected as the guys have not played for a couple of months. Luckily for us, we came back from Dubai without any serious injuries and lots of belief in our systems.”

Powell introduced some special measures this week to try and re-focus the team's goals and mindset.

"We had to start from scratch again. The players are experienced enough to be able to do that themselves, so I hope the triggers we provided will be successful,” said Powell.

South Africa will face Russia, USA and Australia in pool A on a tough opening day.

“We need to be sharp on Saturday, as it is a dangerous pool, with all three teams capable of beating a more favourite team. The fact that we play at home will lift the players, no doubt, but we cannot just rock up and expect the crowd to motivate us and win the games for us with their support. We need to deliver and get them in the game,” Powell said.

“We realise our fans are looking at us to deliver the goods and we want nothing else,” said Snyman. “We only have this great opportunity to play at home once every year and are determined to give it our best shot. We will not leave anything out there.”
Read more on SuperSport