Evergreens flyhalf Winfrey Stoffels (right) was chosen as Sportbeat's sportsman of the year for 2019. Avril Ahrends, CEO of Sportbeat, presented him with a cheque.

The finals between the top eight teams are scheduled for Saturday 29 February, also at Outeniqua Park.

Each game will last 40 minutes - 20 minutes on each side, with a five-minute break. Penalties and drop-goals will be worth just two points. The emphasis will be on scoring tries to win matches and, ultimately, trophies. 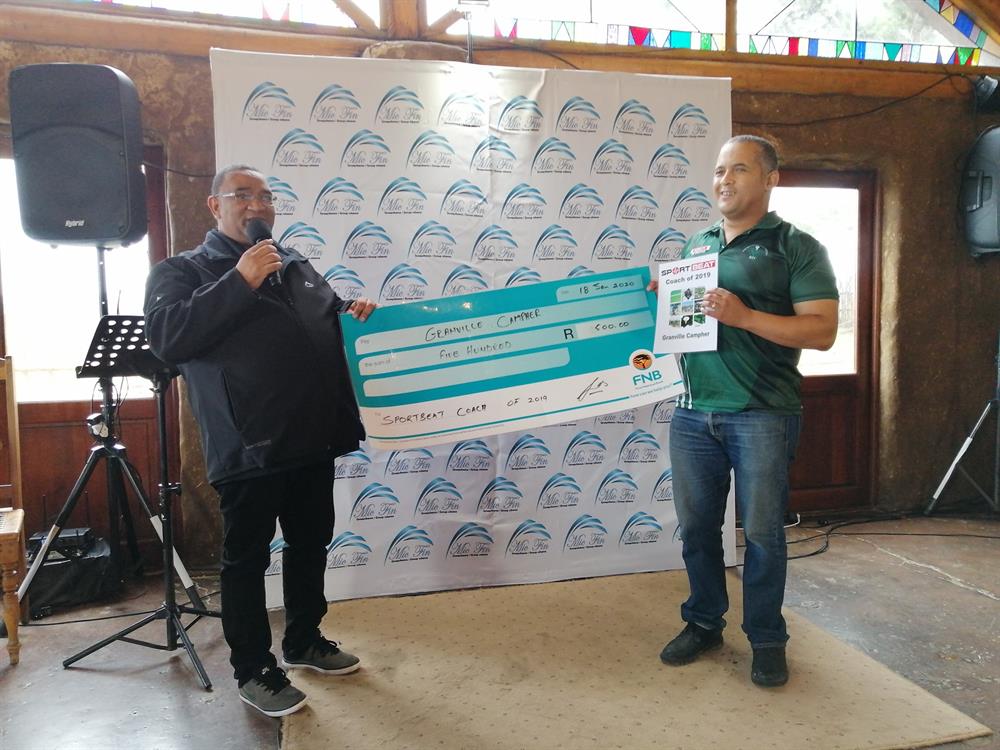 Granville Campher (right) receives his prize for being coach of the year from Sportbeat's CEO, Avril Ahrends.