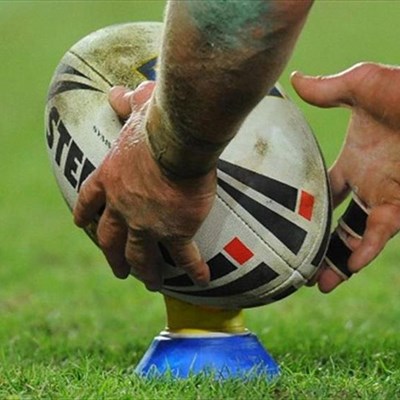 Generic image
NATIONAL NEWS - Mystery surrounds the omission of Springbok wing Cornal Hendricks from the Stormers side that was named on Thursday for Saturday’s friendly against the Jaguares at Newlands.

A report on Netwerk24 on Thursday stated that Hendricks’ career was under threat due to a heart condition.

The 27-year-old flyer left the Cheetahs at the end of last season and signed a two-year deal with the Stormers, but was allowed to join the Springbok Sevens squad at the end of the Currie Cup with a view to strengthening the team for the Rio Olympics in August.

But after completing the pre-season, Hendricks was surprisingly left out of the Blitzbok squads for the Dubai and Cape Town Sevens, and was again missing from the 12-man group for the recent tournaments in Wellington and Sydney.

Upon the Blitzboks’ return to South Africa on Monday, Juan de Jongh and Cheslin Kolbe went back to the Stormers squad, but there was no word from the South African Rugby Union about Hendricks.

It is understood that Hendricks – who has scored five tries in 11 Tests – has a dual contract with Saru and the Western Province Rugby Union, and Saru refused to provide comment to Netwerk24 about the wing’s condition.

On Thursday at the Stormers team announcement at Newlands, coach Robbie Fleck gave a strange answer when asked about Hendricks. “All I know is that he is with SA Rugby,” Fleck said.

Probed about whether he had a time-frame for Hendricks’ return, Fleck responded: “Absolutely no idea.”

The former Springbok centre was then asked about how he was going to juggle his backline resources due to Hendricks’ untimely unavailability, to which Fleck said: “Again, it was clear when he was going to return for us (from Sevens), so he wasn’t part of the plans now. We planned ahead and we have got young kids coming through, so…”

Netwerk24 reported that Hendricks may only be allowed to play again if he is given a clearance by several specialists.

The Stormers begin their Super Rugby campaign on February 27 against the Bulls at Newlands.
Source: African News Agency (ANA)