Daniel has big role to play 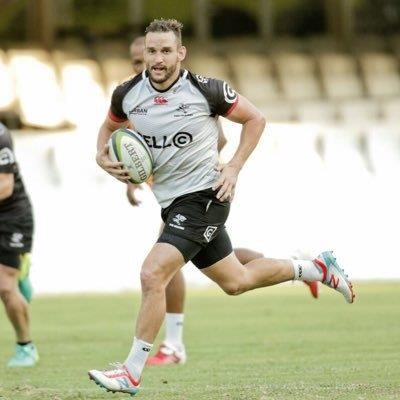 RUGBY NEWS - Sharks coach Robert du Preez may be spared a tricky back-row selection dilemma for Saturday’s Currie Cup semi-final against the Blue Bulls but even if he isn’t it will be a big call for him to overlook the experience of Keegan Daniel.

The Sharks selection quandary is prefaced on Jean-Luc du Preez being fit to play and would come about if Jacques Vermeulen was pronounced fully recovered from the rib injury that saw him leave the field early against Western Province. That latter scenario seems unlikely as Vermeulen has not trained with the team this week.

Blindside flank Du Preez was left out of the WP fixture at the 11th hour (he was initially named on the bench) to allow him further recuperation time from the effects of the epic final Castle Lager Rugby Championship test match between South Africa at Newlands.

Du Preez should be an automatic selection if he is ready to start as should his brother Dan, but the landscape has changed a bit since Super Rugby in that Vermeulen, recruited to the Sharks from WP while Gary Gold was still director of rugby, has come through in the way that many in the Cape would have expected him to when he was excelling at age-group level.

There is a bit of a logjam among the loose-forwards at the Stormers, so Vermeulen’s decision to trek east to KZN made sense, but if Philip van der Walt is back on the Sharks books next year after his stint in Japan, it is going to be interesting to see how much game time he gets. Vermeulen left the field with sore ribs against WP so probably won’t face the Bulls, with the back row that is training this week being made up of Daniel and the two Du Preez twins.

Had Vermeulen been fit however, or if he is fit in time for a possible Currie Cup final, Daniel’s place in the starting team might be less secure as Du Preez senior is known to subscribe to the Jake White school of thought – in other words, he prefers big bruising loose-forwards and has been open with the Durban media that he is not that sold on the small openside flank concept.