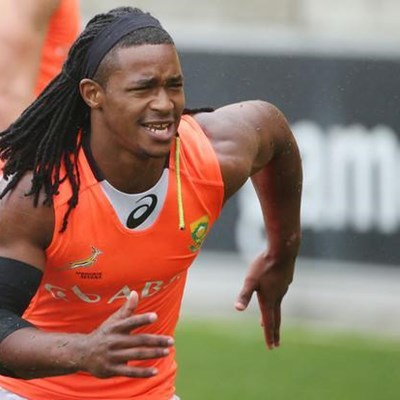 The elusive runner in the Blitzbok set-up had a stellar opening weekend in the Emirates Airlines Dubai Sevens played in Dubai last weekend, and is looking forward to another good showing at the HSBC Cape Town Sevens this weekend.

"I was in a bad space after those injuries, but needed to bounce back and be myself again," Du Preez said. "I just wanted to make a positive contribution again."

Du Preez, who along with Cecil Afrika are fourth on the list of all-time appearances for the Springbok Sevens with 46 tournaments, is the most productive Blitzbok goal kicker ever, with 271 successful kicks. He has scored 901 points, looking to become the second player after Afrika to move past 1 000 career points.

"This season, I just want to live my dream again and play the best rugby I can. Playing with this team and the level the guys are playing it means that you have to be at your best if you want to contribute."

Another big contributor last weekend, Chris Dry, is again keen to produce the goods. Dry made the most tackles in the tournament in Dubai (23), and he wants to contribute in any way possible.

"I am very happy just to be able to contribute to the team. They lift me to up my performance and hopefully I can do the same for them," Dry said.

The forward, who will be playing in his 54th tournament, said it is important for the team to start at zero again.
Read more on SuperSport