RUGBY NEWS - The November Tests ended this weekend and the next time the Northern hemisphere's finest meets their Southern hemisphere counterparts will be at the World Cup in Japan.

AFP Sport looks at three countries from each hemisphere who are the likeliest to lift the Webb Ellis trophy on November 2, 2019 in Yokohama. 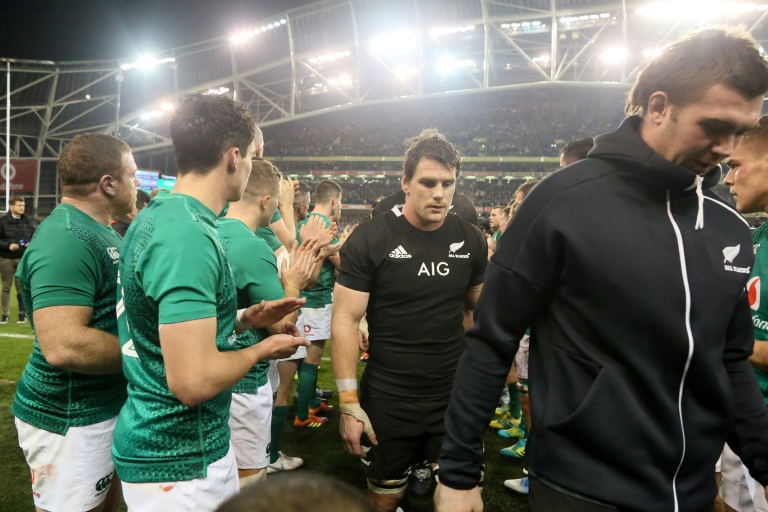 They came, they saw, they faltered. They showed resilience to edge England but were well beaten by Ireland in the clash of the top two in the world - a match worthy of the World Cup final. However, come the global showpiece expect them to be the finely-honed machine they usually are. Fatigue should not be an issue and although Steve Hansen suggests otherwise it will be the All Blacks who are favourites to win an unprecedented third successive Webb Ellis trophy. There is nothing more dangerous than a wounded All Blacks side. 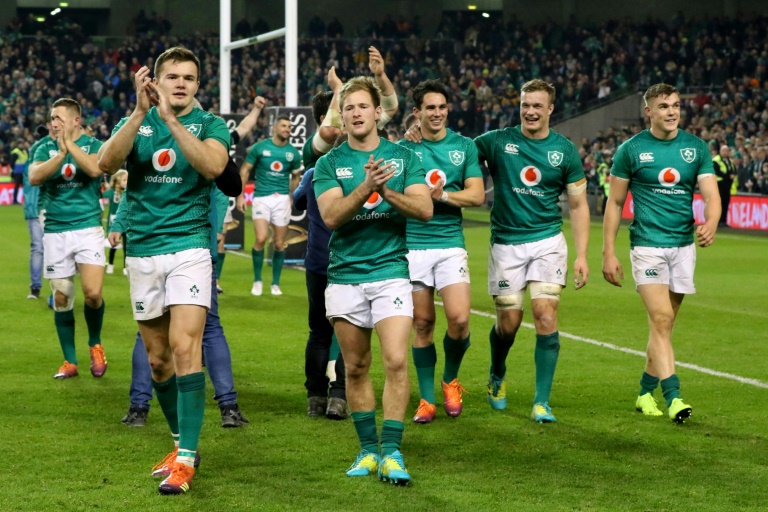 Joe Schmidt and his players must wish the World Cup final was this year such has been the level of performance - 18 victories in their last 19 Tests with the sole defeat to Australia in June. Schmidt will demand his players improve on each performance and he has developed such depth and competition for places that no player apart from newly crowned world player of the year Johnny Sexton can rest on his laurels. One would normally include scrum-half Conor Murray as indispensable but the way Kieran Marmion and Luke McGrath played against Argentina and the All Blacks were significant bonuses for the Irish in November. Question marks still remain over captain Rory Best - not his exemplary leadership but the grizzled hooker's performance at the line-out. He will be 37 by the time the tournament starts but odds are that Schmidt will stick with him as the Kiwi bids to set right the one major disappointment from his spell in charge, the crushing defeat in the 2015 quarter-finals. 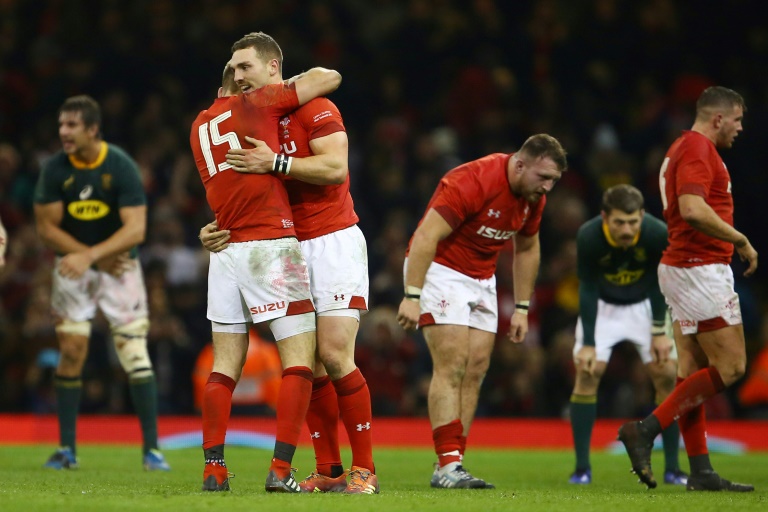 Schmidt and Ireland may have dominated the headlines but that may well suit the canny old fox that is Wales head coach Warren Gatland. If any side's stock has risen other than Ireland's this year it is the Welsh. Nine successive victories, clinical and efficient without being flashy against Australia and South Africa, and a side packed with talent they could give Gatland the ultimate in fairytale endings to his long sojourn. One slight misgiving is with so many talented backs they are not often allowed to display their flair, but the New Zealander will be forgiven if the trophy returns to a country which has given so much to the sport. 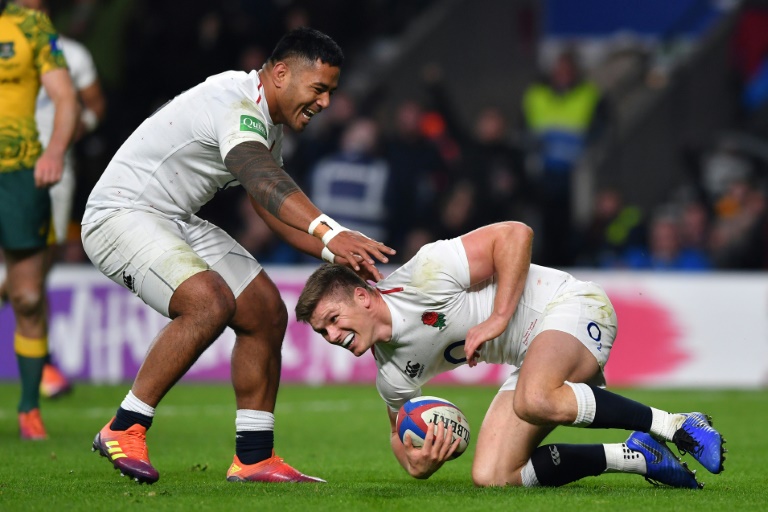 On the face of it Eddie Jones has righted a ship that was in danger of foundering by the end of the Six Nations. Perhaps uncharitably it could also be claimed two shoulder/body checks with no attempt to tackle by Owen Farrell underpinned the wins over South Africa and Australia. The Springboks would have won had they been awarded and converted the penalty and the latter would have been emboldened by leading at half-time after being 13-3 down had they been awarded a penalty try and not just a penalty kick. England did, though, finish the Aussies off in clinical fashion in the second-half. Jones says there is no such thing as momentum towards a World Cup, but with several key players to return and John Mitchell's first campaign in charge of defence a singular success the Red Rose could be in full bloom again come the end of the Six Nations. 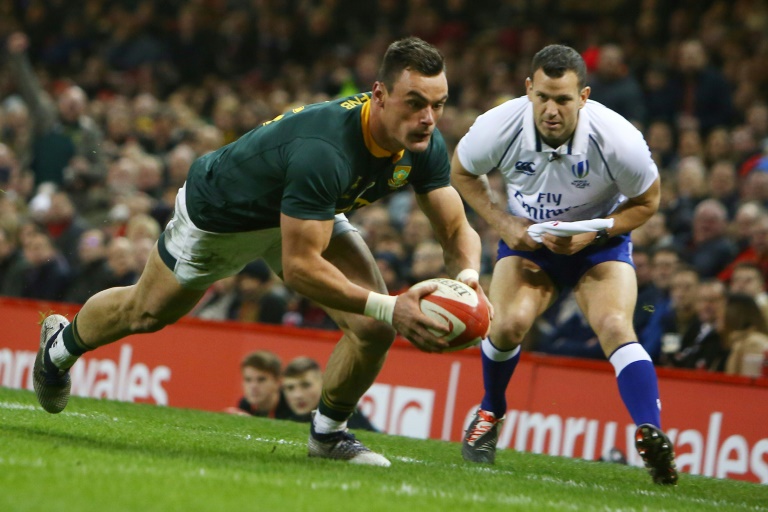 Rassie Erasmus has worked wonders since he took over the reins first as director of rugby late last year and then as coach in February, 2018. The disorganised rabble that toured the Northern hemisphere last year - the nadir a record defeat to the Irish - has been replaced by a team with self-belief and flair. Those qualities are starting to get results on the pitch, like the remarkable win over the All Blacks in the Rugby Championship and the never-say-die spirit that saw them clinch victory over France at the death. This is a work in progress but come the World Cup they could be the dark horses. 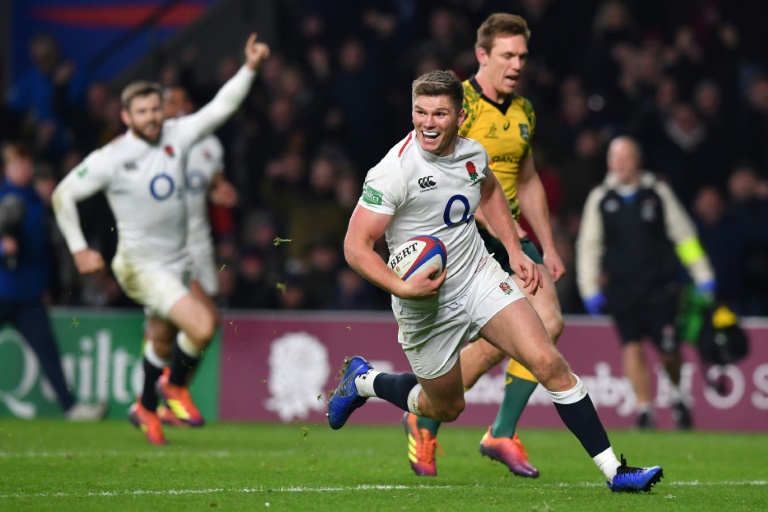 For all the brave talk and engaging frankness of coach Michael Cheika and captain Michael Hooper the Wallabies are not in a good place. But given the miracle that the former worked on the team in the 2015 World Cup only a fool would count them out. Cheika is pleased with the young talent coming though but is keen to bring back some players plying their trade in Europe who can bolster the team. Trouble is, some already in place such as scrum-half Will Genia, with 100 caps to his name, look like their best days are behind them.