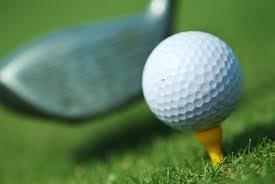 (Generic image)
INTERNATIONAL NEWS - Top European and Asian golfers will face off this week in a new Ryder Cup-style team tournament which has incensed organisers of a rival event with the same format.

The run-up to the inaugural EurAsia Cup has been overshadowed by a war of words between the European Tour and organisers of the Royal Trophy, a similar Europe v Asia competition launched in 2006.

Team captains Miguel Angel Jimenez of Spain and Thailand's Thongchai Jaidee will lead their regions' respective teams in the three-day event at the Glenmarie Golf and Country Club outside Kuala Lumpur from Thursday.

The format will see five four-ball matches played on the first day, five foursomes on day two, and 10 singles matches in Saturday's final round.

"I know our team has what it takes to win this tournament and I'm confident," said Thongchai, a three-time Asian Tour Order of Merit winner.

Thongchai's squad includes his countryman and rising star Kiradech Aphibarnrat, along with Gaganjeet Bhullar and Anirban Lahiri of India, and Japan's Koumei Oda.

Jimenez said: "The Ryder Cup started in 1927 and probably now is the event in golf and everyone wants to play and I think is the important thing.

Organisers of the Royal Trophy, which was spearheaded by late Spanish great Seve Ballesteros, have repeatedly cried foul over the new event and sparred with the European Tour, a joint backer along with the Asian Tour.

The tournament has become the latest skirmish in the battle for control of Asian golf between the Asian Tour and OneAsia, which supports the Royal Trophy and has been holding tournaments in the region since 2009.