Deflated coaches and players - hammered by league-sanctioned salary cuts of up to 75 percent - have called for Indonesia to take a lead from other countries.

FOOTBALL NEWS - Hit by a coronavirus-sparked match freeze and huge pay cuts, Indonesia's out-of-work footballers have been forced to take up menial jobs like selling street food or working as security guards, with little end in sight.

Many leagues around the world have resumed play, mostly in empty stadiums. But Indonesia's Liga 1 is not expected to restart until early next year as cases keep rising in the Southeast Asian nation.

Deflated coaches and players - hammered by league-sanctioned salary cuts of up to 75 percent - have called for Indonesia to take a lead from other countries, including neighbouring Malaysia and Thailand where professional football has begun with Covid-19 safety restrictions.

Bagus Nirwanto is used to playing in front of thousands of fans, as captain of PSS Sleman. But after his salary was chopped in half, he has turned to selling bulk rice and sugar with his wife.

He and other players are struggling to keep fit, and grappling with the psychological toll of not playing.

"I'm totally disappointed that competition has been postponed," said Nirwanto, 27, whose side is based in the Indonesian city of Yogyakarta.

"We'd been really excited and trained hard for our first match... We should have been allowed to hold games without the crowd."

'Everything is a mess'
The Football Association of Indonesia (PSSI) initially gave the green light to restarting matches in October, but then reversed its decision. 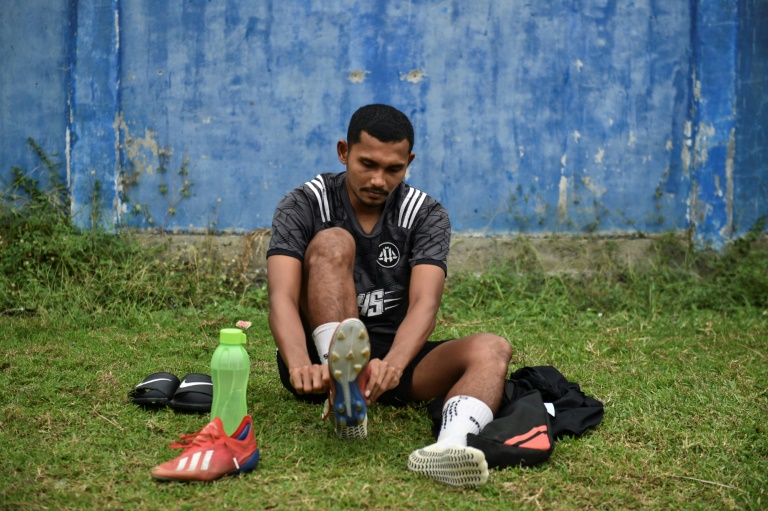 Players are struggling with the drop in income and finding it difficult to stay in shape.

Djadjang Nurdjaman, coach of PS Barito Putera, was blunt about what the delay means for he and his players.

"Everything is a mess and everything we had planned is ruined. There's no certainty. We don't know what (the league) is going to do," said the coach, whose side is based in Kalimantan on Borneo island.

"It's taken a serious toll on players... This doesn't make any sense," he added.

Many Indonesian players reportedly earn as little as $2,000 a month.

"We can't deny that there is a domino effect," Football association chairman Mochamad Iriawan told AFP.

"Competition has been frozen and this affects club revenues, which in turn affects players (salaries). But we cannot force clubs to give players their full salaries like in a normal situation," he added.

Some players have taken to selling homemade cakes and coconut ice drinks to passersby or simple street food like chicken satay - barbecued meat sticks with peanut sauce - while a footballer in north Sumatra found work as a bank security guard.

'We all panicked'
Andri Muliadi, a Borneo FC player who brought his family home to Sumatra after matches were called off, said he's helping promote his in-laws' tiny coffee business online. 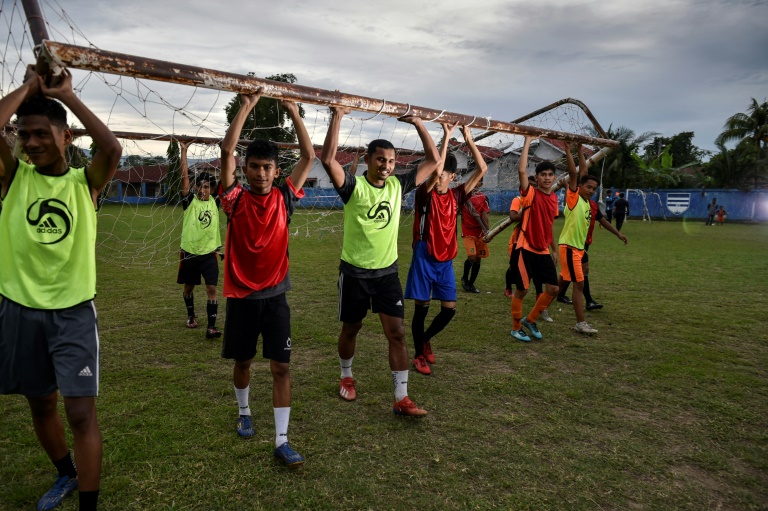 Borneo FC have continued training during the league shutdown.

"We all panicked when the pandemic hit," the 27-year-old told AFP.

"I had no choice but to find an alternative way to make money to support my family during this difficult time... Players have to find other ways of making money.

Muliadi, who is playing football with neighbours to keep fit, is also struggling to keep afloat a pre-existing business that supplied electric fans for special events.

"Business has really been affected since March after the government banned crowds, including weddings," he said.

Pay cuts aside, many players have seen their training schedules thrown out of whack with no matches to play.

Dutchman Robert Rene Alberts, coach of Persib Bandung, said the longer the delay goes on, the harder it will to keep players in shape - physically and mentally.

"Players work a lot on emotion, on preparation and they want to be the best they can be all the time," he said.

The pandemic marks the latest challenge for the 18-side Liga 1 and two lower divisions, which have been tarnished on the global stage by a host of problems over the years, including match-fixing scandals and deadly hooliganism. 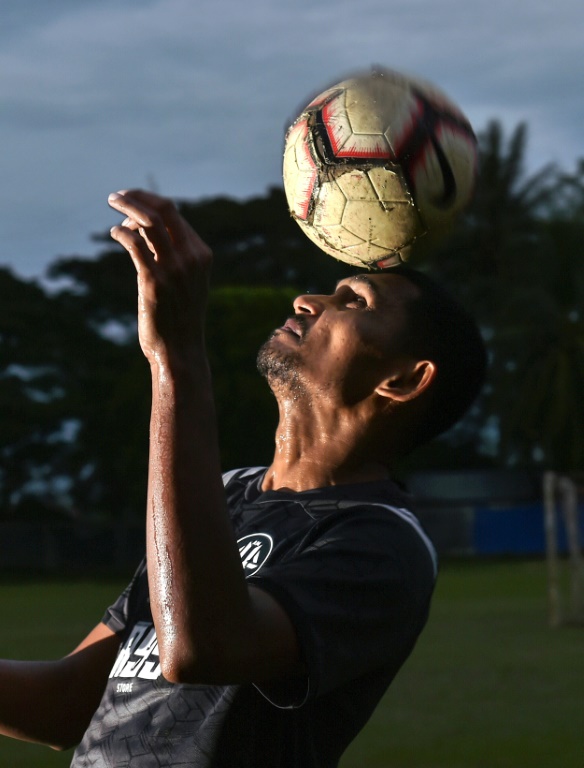 The Indonesian league is expected to resume early next year.

Player welfare was previously in the spotlight when at least two foreign players died after they were left unable to afford medical care due to unpaid salaries.

But most homegrown players are paid a fraction of foreign talent.

"I'm really racking my brain to figure out how to support my four kids," said full-back Supardi Nasir, 37, captain of Persib Bandung.

"Playing football is my only livelihood."