Asian powerhouses South Korea are hoping to avoid a repeat of 2014, when their performance in Brazil was so dire that the team was pelted with toffees

England, winners on football's biggest stage more than half a century ago, crashed out without a win four years in Brazil, and haven't won a knock-out match in any tournament since 2006.

Southgate's young charges however come to Russia quietly confident after a solid qualifying campaign and encouraging friendly results against the likes of Brazil, Germany, Italy and the Netherlands.

They play Tunisia in the historic city of Volgograd on Monday evening knowing anything other than a win would scatter pre-tournament plans, with Belgium looming later in Group G.

Southgate's lack of experience was much fretted over when appointed but the former Under 21s coach has cultivated an atmosphere of unity and a determination to bury past failures. 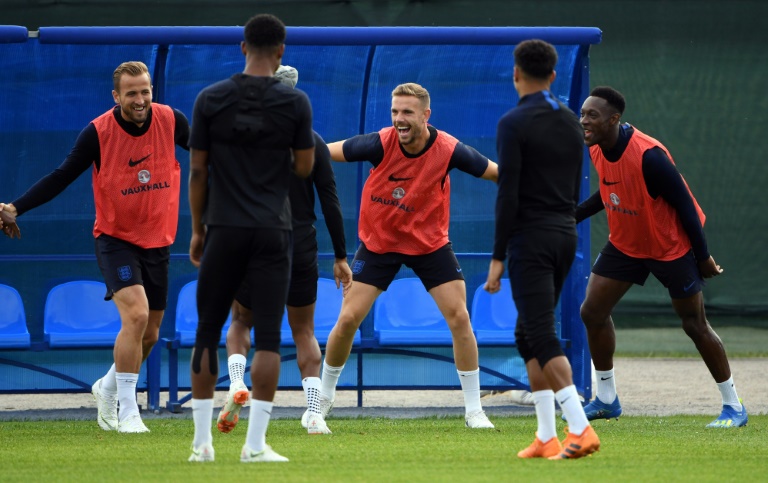 England captain Harry Kane (L), who is yet to score a goal in a tournament, has vowed an aggressive approach against opponents expected to defend in numbers

"This team shouldn't be burdened with that because they're a fresh group, most of them have very few international caps, so the future is all ahead of them," Southgate told reporters at the Volgograd Arena on Sunday.

England captain Harry Kane, who is yet to score a goal in a tournament, has vowed an aggressive approach against opponents expected to defend in numbers.

Belgium, meanwhile, enter Russia on more familiar ground: a squad stuffed with stars but questions over their manager. 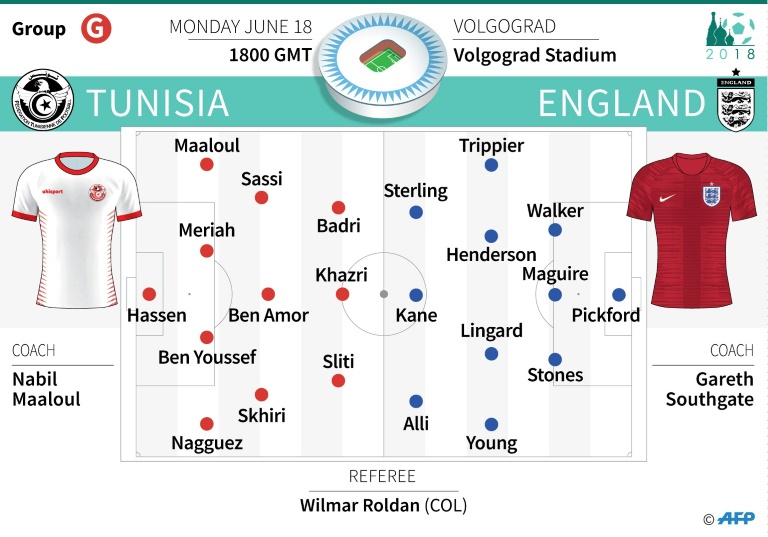 Spaniard Roberto Martinez was a left-field choice to replace Marc Wilmots after Euro 2016 and the former Everton boss seems no nearer to solving the puzzle of getting Eden Hazard and Kevin De Bruyne playing to their sky-high potentials in the same side.

Martinez on Sunday said Hazard was ready to light up a tournament in the same way as Portugal's Cristiano Ronaldo did with his stunning hat-trick against Spain on Friday.

"I think Eden is in a great moment of his career, look at his age, he is the captain, in terms of leadership - he never finds it difficult to show for the ball," he said.

Results under Martinez have been excellent - Belgium haven't lost since he took over - but there is a sense that this tournament represents their best chance at World Cup glory.

The Swedes come to Russia at the dawning of the "post-Zlatan" era, after their talismanic striker Zlatan Ibrahimovic retired from internationals after the last Euros.

"We must focus on us, we are here now, the squad that has been selected is the one that will play," captain Andreas Granqvist told AFP.

Sweden beat France in qualifying, and finished ahead of the Netherlands who failed to make it to Russia. The Swedes later advanced by eliminating Italy in a play-off.

Asian powerhouses South Korea meanwhile are hoping to avoid a repeat of 2014, when their performance in Brazil was so dire that the team was pelted with toffees

Four years ago, South Korea's performance was so woeful that the players were pelted with toffees on their return to Seoul.

They will need to summon the spirit of their 2002 home heroics in order to extricate themselves from what is arguably 2018's toughest group.

"I think we will have to beat Sweden if we want to get to the last 16," said South Korea coach Shin Tae-yong.

"We've waited a long time for this World Cup."

In snake-hipped Tottenham Hotspur forward Son Heung-Min, the Koreans have a world-class player and potential match-winner.

But in truth they are a shadow of the team who famously reached the semi-finals as 2002 World Cup co-hosts.