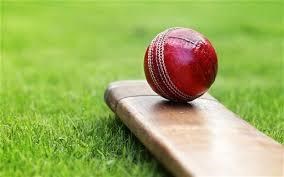 (Generic image)
INTERNATIONAL SPORT NEWS - The continent-hopping buildup to the cricket World Cup will start this week for Darren Lehmann and his Australia squad, who'll test themselves against five countries in six months.

The Aussies head to Zimbabwe on Wednesday to take on the hosts and South Africa in a limited-overs series. Next stop after that is in the Middle East against Pakistan in October, then limited-overs matches at home against South Africa in November before a test tour by India and a tri-series against the Indians and England that will finish just ahead of the World Cup which Australia is co-hosting with New Zealand.

"It's a good little tournament leading into obviously a pretty big 12 months for us," Lehmann said of the Zimbabwe trip, where Australia will play at least four ODIs. "It's good to have all the lads back together. They all look fit and firing."

Openers David Warner and Shane Watson aren't traveling to Zimbabwe, with top-order batsman Phillip Hughes earning a recall after scoring a pile of runs for Australia A and Nathan Lyon getting another chance as Lehmann looks for an attacking spinner for the one-day format.

The Australian team has had time off since April after a heavy schedule that included a 5-0 Ashes sweep of England and a test series win in South Africa.

Skipper Michael Clarke said some of the Australian players were at breaking point before the rest, but were now recharged and prepared for the long haul.

Lehmann said the squad picked for the Zimbabwe tour - Australia's first to the African country in a decade - was part experiment, part building on combinations with up to 20 ODIs to play between and around two test series before the World Cup.

"A bit of both. Have a look at some young guys, get prepared for February, but still we've got to win the series over in Zimbabwe," he said. "That's our primary focus at the moment."

Lehmann emphasized his desire for Australia to play positive cricket in all formats leading up to the World Cup. That's something India and Pakistan have struggled with in recent series. India was humbled in a 3-1 series defeat in England, skittled for 94 in the last match at The Oval in an innings and 244-run on Sunday.

It sparked heavy criticism from the likes of India great Sunil Gavaskar, who described the performance as "jelly-like" and said it embarrassed the nation. Pakistan was swept in a two-test series in Sri Lanka.

Lehmann said India was "obviously having a bit of a form slump" but still had a lineup of class players and he expected them to rebound in Australia.

"They're still a good side ... the wickets were quite, ahh, sporting over there," Lehmann said of the seaming pitches in England. "The last couple of test matches - The Oval, I can't remember that sort of wicket being produced for an Australian test match over (in England in) the last 50 or 60 years. I'm looking forward to those wickets next year" for the Ashes.

The former test batsman said Australia had trouble adapting to Indian conditions at times - being swept 4-0 in a test series on the subcontinent last year - so India's problems in England weren't unique.

"So we've got to improve that - like they have to when they come here," he said.

Some critics have accused India, the reigning World Cup champion and host of the cash-rich Indian Premier League Twenty20 competition, of being too focused on limited-overs cricket, and suggested results in the five-day format would be no indication of form ahead of the World Cup.

"They're a very good one-day side, India. Full stop. But test cricket is still the pinnacle for us as an Australian team," Lehmann said. "Obviously it's a big year in the four-year cycle because it's World Cup. So (India) will come out with their plans - they'll probably play a few guys that do a bit of both in the test series.