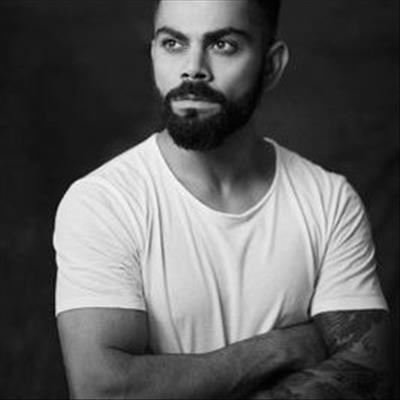 CRICKET NEWS - Sri Lanka batted out a nervy final session to draw the first test against India in Kolkata on Monday.

The visitors were stuttering on 75 for seven when bad light forced the players off the field with 13.3 overs unused in the day.

Earlier, captain Virat Kohli led a stunning India fightback against Sri Lanka with a superb unbeaten hundred, before his bowlers gave the hosts a sniff of an unlikely win in the opening test by taking two quick wickets before tea.

Kohli propped up his side's batting with an unbeaten 104 to register his 18th test hundred, and 50th across formats, after paceman Suranga Lakmal's inspired spell in the first session had given Sri Lanka hope of a maiden test win in India.

India, however, rode out the storm before declaring their second innings on 352 for eight immediately after Kohli hit a six to get to three figures, setting Sri Lanka, who have failed to win in 17 away tests against the hosts, 231 for victory.

India seamers Bhuvneshwar Kumar and Mohammed Shami then removed Sri Lanka openers Sadeera Samarawickrama and Dimuth Karunaratne before the interval to leave the touring side wobbling on 8-2 in the rain-affected first of three tests.

Lahiru Thirimanne was unbeaten on two with former captain Angelo Mathews on five at the other end with Sri Lanka now likely set to dig in to avoid a crushing defeat after dominating the match for more than four days.

The 30-year-old Lakmal was the most successful bowler for Sri Lanka in the first innings with four wickets and he returned to haunt the world's top-ranked side with a triple strike in the second.

After resuming on 171-1, India were cruising, before Lakmal got a delivery to jag back off the seam and breach KL Rahul's defence to dismiss the right-hander for 79.

Lakmal then sent back the dependable Cheteshwar Pujara and Ajinkya Rahane in the same over to reduce the hosts to 213-4.

Dilruwan Perera dived forward to complete a brilliant catch to dismiss Pujara for 22, while Rahane was out leg before without scoring.