A city cyclist passes a billboard showing Mumbai's IPL team. Tens of millions of Indian cricket fans are playing fantasy games in a mushrooming billion-dollar industry which exploits a loophole in the country's strict gambling laws.

INTERNATIONAL CRICKET NEWS - Unable to bet legally, tens of millions of Indian cricket fans have turned to fantasy games based on the Indian Premier League, which have exploited a loophole to create a billion-dollar industry.

Bolstered by foreign investment, Indian firms have invested heavily in the cash-for-points online games, despite fears that government regulation could put the new industry at risk.

Dream11 - now the main sponsor for the IPL, which has its final on Tuesday in Dubai - says it has more than 100 million users for its cricket, football and NBA platforms.

Users pay a fee, often less than 50 US cents, to join a contest that escapes India's ban on gambling because it's considered a game of "skill".

They register a team of favourite players and win points for their performances in IPL games, which can be turned into cash. 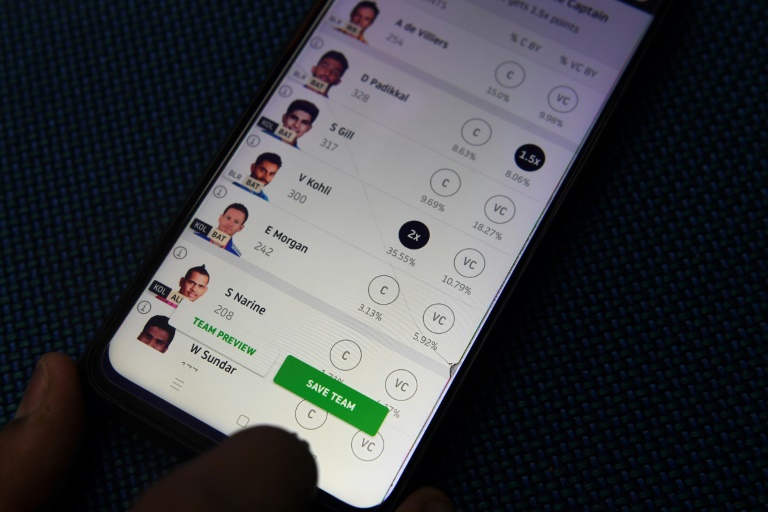 IPL player stats are checked on the Dream11 phone app by a fantasy cricket player in India.

The number of fantasy games has mushroomed for this year's IPL, which is being held in the United Arab Emirates as India struggles with the world's second biggest coronavirus outbreak.

Despite the possibility of new regulations, the cash is rolling in, and industry players say the sector could grow to be worth billions of dollars.

When software engineer Amit Bhandari started playing Dream11's fantasy cricket two years ago, he never expected to get hooked on its promise of easy money.

"I am still awaiting my big-money day," said the 38-year-old, who called the habit "harmless" even though he hides it from his family, fearing disapproval. 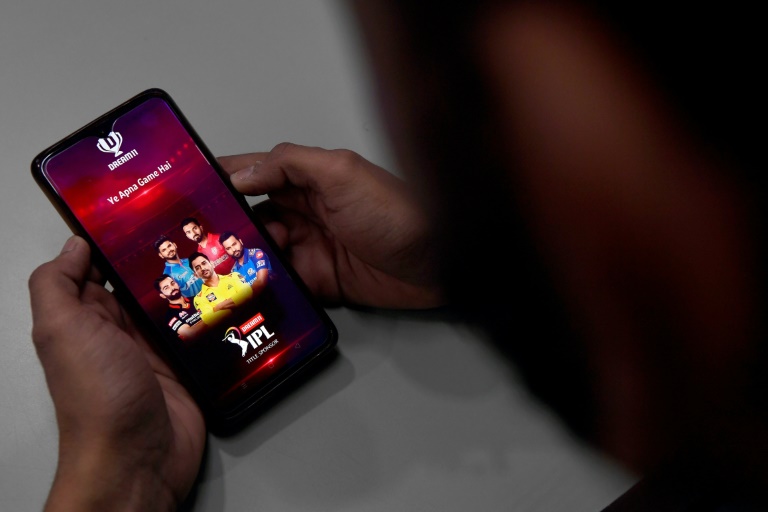 Dream11, the main sponsor for the IPL, says it has more than 100 million users for its cricket, football and NBA platforms.

The stigma is familiar to Vinit Godara, co-founder of MyTeam11, a fantasy platform launched in 2016.

In its early years, the company could not get a digital payment platform or a corporate bank account, due to worries about even a hint of betting in India.

Match-fixing scandals regularly hit cricket, and Godara has struggled to explain the difference between fantasy sports and illegal betting to customers.

But this year, Indian fans have seized on fantasy gaming, eager to escape the boredom of lockdown and encouraged by a marketing blitz featuring top stars such as Virat Kohli.

"The IPL has come as a boon for the fantasy gaming industry and we have observed a significant jump in user engagement," Godara told AFP.

Other platforms have also seen a surge in business.

"We are looking at crossing 80 million users by the end of the IPL," Sai Srinivas, co-founder of the Mobile Premier League app, told AFP.

The Games24x7 platform is predicting 900 percent growth in paid users from 2019 to 2020 because of "pent-up demand in the lockdown", co-founder Bhavin Pandya told AFP.

Foreign investors are eager to join in.

According to IndiaTech.org, a think tank, Indian fantasy platforms have attracted more than $200 million in foreign investment since 2018, including from US hedge funds such as Tiger Global and Chinese online giant Tencent.

Only 20 percent of an estimated 100 million Indian gamers pay to play on fantasy platforms, while the others stick to free games.

The companies see major growth ahead. Cheap phones and data will push the number of internet users in India from 700 million to nearly 975 million by 2025, according to data platform Statista.

But not everyone is happy. Advertising professional Adarsh Sharma said he has yet to take home any cash, despite playing intensely, and he is sceptical about testimonials claiming huge wins.

"I am voicing the (concerns) of thousands of participants," said the 40-year-old.

Other worries dog the industry. 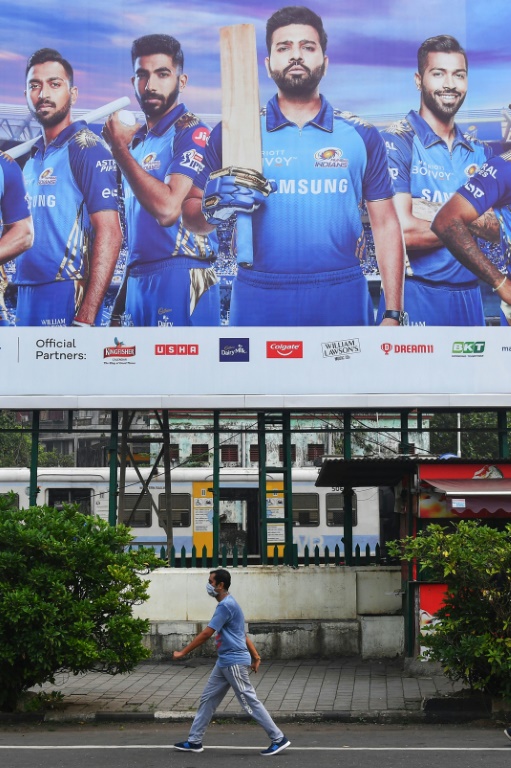 "There is no regulation... and five or six states have banned different forms of online gaming including fantasy sports," Rameesh Kailasam, CEO of IndiaTech.org, told AFP.

For now, India's government appears content to play the game. The sector contributed more than $60 million in taxes in the last tax year.

But the environment remains unpredictable. Fantasy firms fear regulation or even an outright ban.

"We may end up choking another sunrise sector," Kailasam warned.