Allegations are being made "despite the absence of evidence", the bowlers said.

Cameron Bancroft (R) was banned for nine months over 'Sandpaper-gate'.

CRICKET NEWS - Four Australian bowlers denied any knowledge of the notorious "Sandpaper-gate" ball-tampering incident on Tuesday after a former team-mate suggested they may have been aware of the plot.

Allegations are being made "despite the absence of evidence", the bowlers said.

"It's been disappointing to see that our integrity has been questioned by some journalists and past players in recent days," they said.

"We respectfully request an end to the rumour-mongering and innuendo. It has gone on too long and it is time to move on," the bowlers added.

Bancroft told the Guardian newspaper it was "self-explanatory" that bowlers were aware of the attempt to rough up the ball with sandpaper, to alter its flight, during the third Test against South Africa in Cape Town in 2018.

The scandal came to light when Bancroft, who was fielding, was caught on camera trying to hide a piece of yellow sandpaper down the front of his trousers. 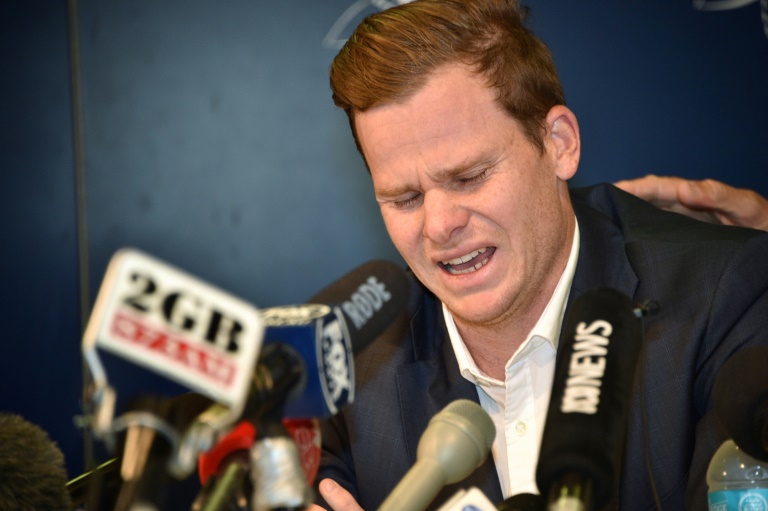 Steve Smith was stripped of the captaincy and banned for a year.

"We did not know a foreign substance was taken onto the field to alter the condition of the ball until we saw the images on the big screen at Newlands," the bowlers said.

They added that the on-field umpires inspected the ball after the images were shown, and "did not change it because there was no sign of damage".

Then-captain Steve Smith and his deputy David Warner were suspended for a year from all cricket and stripped of their leadership roles for their part in the scandal.

Darren Lehmann quit as coach and Cricket Australia's top brass all departed after a scathing review said an "arrogant and controlling" win-at-all-costs culture was partly to blame for players bending the rules.

Australian media on Tuesday quoted unnamed sources saying Bancroft had backed away from his allegations after being asked to provide evidence.

Cricket Australia did not respond to a request for comment regarding that claim.