Arthur back with point to prove to Australia 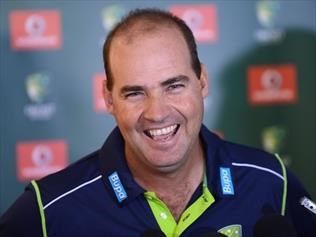 South African Arthur, who was fired by Cricket Australia on the eve of the 2013 Ashes after a run of defeats and replaced by current national coach Darren Lehmann, will be plotting Pakistan's strategy for the three-test series that starts at the Gabba on Thursday.

Arthur, 48, said there was a part of him that still had a point to prove to his former employers.

"I wouldn't be honest if I said otherwise," he told reporters.

"That's what happens. It's a ruthless world out there.

"I always maintain that I loved the first year and a bit of it, it was outstanding and I felt we made some significant progress.

"This series isn't about me against Australia. It's about two very good cricket teams going head to head, I hope that can be the focus."

Arthur said he was coming to terms with his anticipated return to face his former team on the other side.

"It's pretty surreal really to be walking into the Gabba... coming back as a visiting coach," he said.

Arthur's tenure was marked by the so-called "homeworkgate", when four players – Shane Watson, James Pattinson, Mitchell Johnson and Usman Khawaja – were banned for one test for failing to complete a written task set during a disastrous tour of India in 2013.
Read more on SuperSport