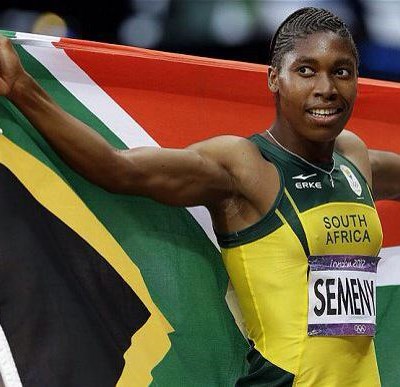 Caster Semenya. Image: twitter.com
INTERNATIONAL NEWS - South Africa's Caster Semenya coasted to victory in the 800 metres at the Monaco Diamond League in a world leading and personal best time on Friday to underline her status as a heavy favourite for next month's Rio Olympics.

On a subdued evening in Monaco following Thursday's Bastille Day attack in nearby Nice, Dutchwoman Dafne Schippers won the women's 100m while there was a surprise triumph in the men's 1500m as Kenya's Ronald Kwemoi beat Olympic champions Taoufik Makhloufi, Mo Farah and Asbel Kiprop.

There had been doubts as to whether the meeting would take place after a gunman at the wheel of a heavy truck ploughed into a crowd celebrating France's national day in Nice, killing at least 84 people.

A decision was made for the event to go ahead although a statement earlier on Thursday said the programme would be kept “strictly to the sporting events with no festivities”.

Semenya, who had to undergo gender testing before being cleared to compete as a woman after winning the world championship in 2009, powered away on the home straight to shave 12 hundredths of a second off her personal best.

“I was expecting to run under 1:56,” Semenya said, before adding that she was looking forward to winning gold in Rio. “You have to believe in yourself and that's what I did today.”
Read more on Eyewitness News.