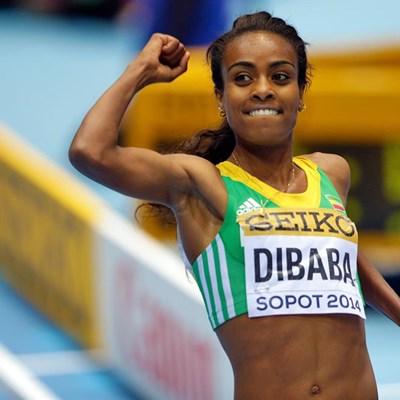 But now there is more incentive following the news that Ethiopian-born Abeba Aregawi, currently representing Sweden internationally, has been added to the field at the IAAF World Indoor Tour meeting.

While Dibaba is the world record-holder indoors and outdoors for the metric mile, Aregawi leads Dibaba in career head-to-heads, 5-3. But this will be their first indoor clash.

Aregawi’s winter training in Ethiopia has gone so well that she was keen to join Dibaba in her attempt to beat the world indoor mile record of 4:17.14, set 26 years ago by Romania’s Doina Melinte.

The Swedish record of 4:32.49 is definitely within reach for Aregawi, as she was almost 10 seconds faster than that at the IAAF Diamond League final in Brussels last year.