Whatever happens, don’t wait for your home to be repossessed

PROPERTY NEWS - Homeowners who are under financial pressure and worried about falling into arrears on their home loan repayments should act quickly and do their utmost to prevent their properties from being repossessed and sold off at a sheriff's auction.

That's the word from Gerhard Kotzé, MD of the RealNet estate agency group, who says that properties disposed of in this way are "more often than not" sold for considerably less than the outstanding balance on the home loan - which leaves the former owners in a terrible position: still in debt to their bank for the remainder, without a home and with a wrecked credit record.

"What is more, recent on-the-ground research by Business Insider shows that this is the case despite the legal ruling in 2018 that when a primary residence has been repossessed and is being sold in execution of a debt judgment, there must be a reasonable and court-approved reserve price in place."

The idea behind that ruling, he says, was to prevent repossessed properties from being sold for ridiculously cheap prices at sheriffs' auctions - or being taken "into possession" by the banks for just a token payment if they remained unsold at auction.

"The purpose of a sheriff's auction or sale in execution is, after all, to try to raise enough money from the sale of the property to at least pay off the debt to the bank. In addition, the banks really don't want to have to be responsible for repossessed properties that have not been sold, because these often also come with large arrears on municipal rates, service charges and levies, and then also cost money to secure and maintain."

Nevertheless, Business Insider found that the repossessed properties on recent sheriffs' auctions in Johannesburg were being sold at an average of 42% below their municipal valuations - and in some cases at much bigger discounts - and that there was no reserve price placed on any property that was being offered for sale on auction for a second or third time.

"It is thus very unlikely," notes Kotzé, "that the proceeds of these sales would have been sufficient to completely extinguish any outstanding home loans, with the result that many of the former owners will most probably still have a sizeable amount to pay off and also have to live with the debt judgments on their credit records until they do."

However, there is no need for this to happen. "Homeowners who find themselves in financial difficulties should never just give up on the situation and wait for the sheriff to attach their property and auction it off. A much better option is to immediately contact a reputable estate agent who can help them to enrol in one of the assisted-sale programmes that have been set up by the banks specifically to help financially distressed sellers.

"They will then be able to sell their property on the open market - before the bank goes to court to seek a debt judgment against them and start the process of repossession."

Properties sold through the bank assisted-sale programmes, he says, are currently selling for an average of 85% of market value, and another major benefit includes the fact that sellers' credit records remain intact. The banks also offer certain benefits to make assisted-sale even more attractive to buyers, such as reduced bond registration fees. 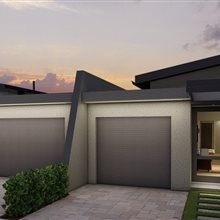 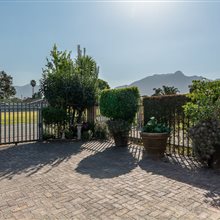