This is while interest rates remain stable.

Homeowners need to prepare not only for potential inflation-activated interest rate increases, but also a significant rise in household expenses.

PROPERTY NEWS - The South African Reserve Bank’s Monetary Policy Committee’s decision to keep interest rates unchanged for at least the next two months, was in line with most analysts’ expectations, but raised a few eyebrows after a slight drop in inflation triggered hopes for a potential interest rate decrease from some.

With the repo rate now pegged at 6.75%, the prime lending rate at 10.25% and minimum repayments on all forms of credit remaining unchanged, the Reserve Bank’s decision offers consumers little in the way of tangible financial relief.

However, Tony Clarke, MD of the Rawson Property Group, says this time presents a valuable opportunity for existing and prospective homeowners, nonetheless.

“In terms of inflation, this could well be the calm before the storm,” says Clarke. “The Monetary Policy Committee has already vocalised concerns over the upward pressure Eskom’s electricity tariff hikes and unstable international oil prices will have on inflation. If these influences cause the inflation rate to rise much beyond the Central Bank’s preferred target midpoint of 4.5%, we could well see the repo and prime lending rates start to climb once again.”

Read more on how inflation influences the repo and prime lending rates, here.

Eskom’s electricity tariff increases amount to an effective 14% and will start affecting consumers in most municipalities well before the end of this year. (The city of Johannesburg has announced a 13% increase as of 1 June.) Water tariffs are also on the rise, adding to the financial pressure on consumers already burdened with petrol prices at their highest levels in six months.

As a result, Clarke says homeowners need to prepare not only for potential inflation-activated interest rate increases, but also a significant rise in household expenses.

“We would have loved to have seen an interest rate decrease giving homeowners a bit of breathing room to prepare for rising costs coming down the pipeline, but the unchanged interest rate still offers an important chance to consolidate finances, pay off debt and boost savings as much as possible,” he says.

“This will go a long way towards minimising the effect any interest rate increases will have on the security of consumers’ property investments and help new purchasers cover their necessary fees and deposits, despite tight financial times.”

While the situation may sound dire, Clarke says comparatively high interest rates on an international level will fuel foreign investment and boost both the economy and the property market in the long run.

This, he says, together with the short-term price-growth stagnation that has been affecting properties across the country, makes now a surprisingly favourable time for property investors with the means to get in on the action and capitalise on future growth prospects.

“Price stabilisation means there are plenty of well-priced properties available, and lenders are coming to the table with some very competitive mortgage rates,” he says.

“I definitely wouldn’t recommend overextending yourself in these liminal moments, but using this time to buy low and pay off as much debt as possible could put you in a strong position for the future.” 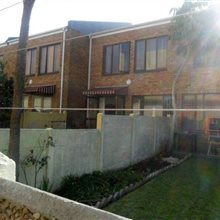 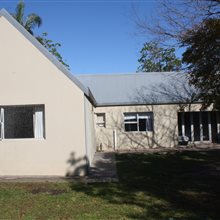