Who will rule the Western Cape? 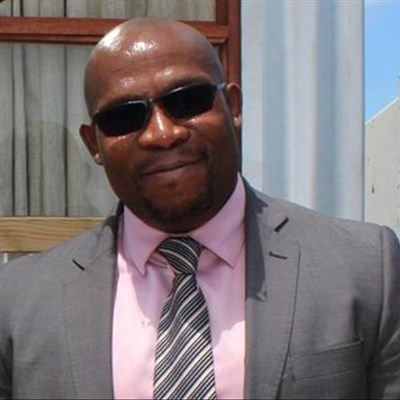 WESTERN CAPE NEWS - In roughly 18 months from now voters will be going to the polls to cast their votes in the 2019 general election.

Political analysts predict that the upcoming election will be much more closely contested than South Africans are used to.

With the Gupta political shenanigans making headlines nearly every day and court battles challenging the results of most of the provincial party elective conference outcomes, it is likely that a battle royal is looming for control of the Western Cape, Gauteng and the Northern Cape.

The party provincial conferences lay the foundation for determining the delegates that will attend the party's national conference where the parliamentary lists are tabled and ratified.

The DA fired the first salvo in the battle for control of the Western Cape at its provincial congress this past weekend when Bonginkosi Madikizela, Western Cape Human Settlements MEC, was elected the DA's provincial leader.

He defeated former Western Cape police commissioner, now member of the Provincial Legislature, Lennit Max, in a closely fought campaign for the position.

The DA hopes that stability will return to the province after the unexpected resignation of its provincial leader, Cape Town Mayor Patricia de Lille, in January.

De Lille and Premier Helen Zille did not attend the congress.

The situation in the opposition Western Cape ANC is much more fluid as the party struggles to complete branch audits in the province, continually playing catch-up.

No date has yet been announced for the Provincial General Council (PGC) where it will elect a new leader to lead the charge in the province.

The position was previously held by disgraced former Western Cape chairman Marius Fransman, who was kicked out of the ANC following sexual harassment charges levelled against him.

The name of ANC MPL Cameron Dugmore is coming to the fore as a serious contender for the position of ANC chairperson in the Western Cape.

ANC members in George were tight-lipped on whether they support Dugmore or not, but conceded that they are aware something is afoot. Cameron Dugmore says he will serve the ANC in any position.

Dugmore, who represents the Hessequa constituency in the provincial parliament, was head boy of York High School in 1981 and played a prominent role in the End Subscription Campaign in the 1980s.

He has been a member of the Western Cape Legislator since 1994, with the exception of one five-year term when his name was not high enough to make the ANC's national parliamentary list.

Insiders say that he was a victim of the vicious faction battles that have plagued the Western Cape for years.

Dugmore would only say that he is aware that his name has been mentioned as a candidate for provincial chairperson.

"It is inappropriate to comment at this stage. As per ANC tradition, our ANC structures led by the Provincial Executive Committee of the Western Cape will officiate over all these matters relating to the convening of the PGC."

British Prime Minister Harold Wilson's profound statement in 1969 that "a week in politics is a long time" certainly rings true as the power shifts from one group to another.