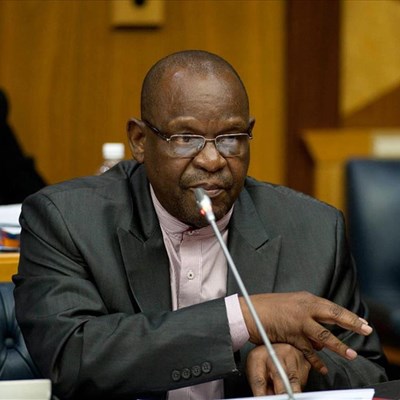 POLITICAL NEWS - The former ANC chief whip says that being a loyal disciplined member of the ANC doesn’t allow one to violate the Constitution.

With some African National Congress (ANC)structures on a campaign to uncover which Members of Parliament (MPs) voted with the opposition in the no confidence secret ballot ANC, MP Mathole Motshekga says the party’s rules are not above the Constitution.

Those who went against party lines have been condemned, with ANC treasurer-general Zweli Mkhize saying that they should in principle be disciplined.

Motshekga spoke to Eyewitness News on the sidelines of the Absa Jewish Achiever Awards in Midrand on Sunday night.

The former ANC chief whip says that being a loyal disciplined member of the ANC doesn’t allow one to violate the Constitution.

“They say those who voted must be punished. They said it out of ignorance of the Constitution and the law and they are the ones who want to bring the ANC into disrepute.”

He says the ANC should take what happened in Parliament last week as a wake-up call.

“So the ANC should not look at it negatively but should take it as a wake-up call to get their house in order.”

The former ANC chief whip says that he believes the party will come out stronger in its December elective conference as the majority of the members have realised they can’t gamble with the country.

Speaking at the party’s anniversary event in the Northern Cape, Nzimande told the crowd that the ANC should rather use its energy to fight corruption.

“If the primary task of the ANC is to do a witch hunt for people who voted for the motion of no confidence in Zuma, then we’re worried as the party. Because it would be an anti-communist witch hunt.”

Although President Zuma survived an opposition-led motion to unseat him on Tuesday, it was defeated by a narrow margin.

A total of 177 Members of Parliament voted in favour of the motion, while 198 voted against it and nine abstained.

Earlier this week, ANC heavyweight Lindiwe Zulu said it is unacceptable that some party members voted with the opposition.

Meanwhile, the Democratic Alliance (DA) announced plans to bring a motion to dissolve Parliament after its no confidence motion in President Zuma failed on Tuesday.

The party’s leadership feels it time to revive the fight against Zuma.