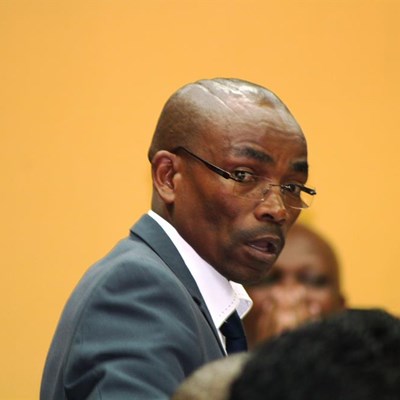 Eden Mayor Memory Booysen. Photo: Michelle Pienaar
EDEN DISTRICT NEWS - In Eden Mayor Memory Booysen's household, the scepter is wielded by a baby boy, Obama, named after former American president Barack Obama; his twin sister, Helia, named after the Greek goddess of the sun; and their two older sisters Luna (9) and Elmoray (12). This week the 19-month old twins and their siblings issued a swing vote to keep their dad in Eden.
Their veto follows after Booysen was approached by DA party leaders to apply for a position in the provincial legislature, following the resignation of Rodney Lentit as the DA's caucus chairperson in the Western Cape.
Booysen said his family is the main reason behind his decision to stay put. "They weren't ready for the short notice and sudden change," said Booysen.
"They are willing to support me if we make this a long term goal. It means relocating and a change of school for the kids."
Booysen still commutes daily from Plettenberg Bay, where his family stays, to the Eden District Municipality's offices in George. "It's already difficult as it is, but it would have been worse if I were to move to Cape Town," said Booysen. "We do appreciate the opportunity that the DA has given me."
For now Booysen's focus is on Eden. "My main objective is to justify Eden's existence," he said. "There is always the question on whether district municipalities are relevant or not. I say they are relevant, but the municipality needs to prove this. The potential is there, we just need to optimise it."
Sport in Eden got a welcome boost of R1 450 000 from the Western Cape Ministery of Cultural Affairs and Sport earlier this week. Sport facilities, programmes and services are set to benefit.
ARTICLE: MICHELLE PIENAAR, GEORGE HERALD JOURNALIST
'We bring you the latest Garden Route, Klein Karoo, Hessequa news'