INTERNATIONAL POLITICS - Joe Biden and Donald Trump were holding dueling campaign rallies in the toss-up state of Florida on Thursday as the president touted record third-quarter growth figures as a sign the virus-battered US economy is getting back on track.

With the presidential election just five days away, both campaigns were converging on Tampa, Florida's second-largest city, in a bid to lock up the battleground state's 29 Electoral College votes.

Trump, 74, defeated Hillary Clinton in Florida in 2016 but an NBC News/Marist poll released on Thursday had Biden with a 51-47 point lead in the state, ahead but within the poll's margin of error of plus or minus 4.4 percentage points. 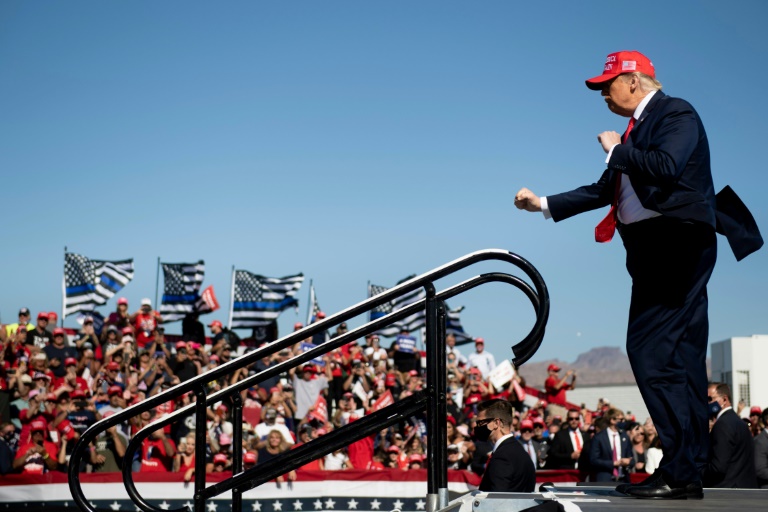 US President Donald Trump at a campaign rally in Bullhead City, Arizona.

"Right now, Biden runs up the score among voters 65-plus and independents —- groups Trump carried in 2016," said Lee Miringoff, who conducted the Marist poll.

Biden, who leads by 7.7 points in a RealClearPolitics average of national polls, is to hold two rallies in Florida - drive-in events in Broward County and then Tampa.

Trump was to hold a rally in the parking lot of Raymond James Stadium, home of the National Football League's Tampa Bay Buccaneers.

Trump was then to fly to Fort Bragg, North Carolina, where he was to meet troops, and finish the day with a campaign rally in Fayetteville, North Carolina. 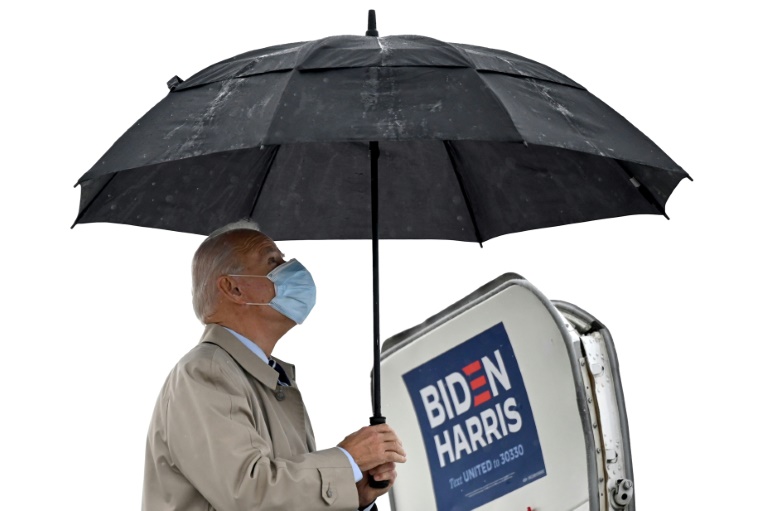 Democratic presidential candidate Joe Biden boards his plane as he heads to Florida for a campaign rally.

Like Florida, North Carolina is another of the toss-up states where the White House candidates are devoting most of their time and resources ahead of Tuesday's election.

North Carolina has 15 votes in the 538-member Electoral College, which ultimately decides who wins the White House. 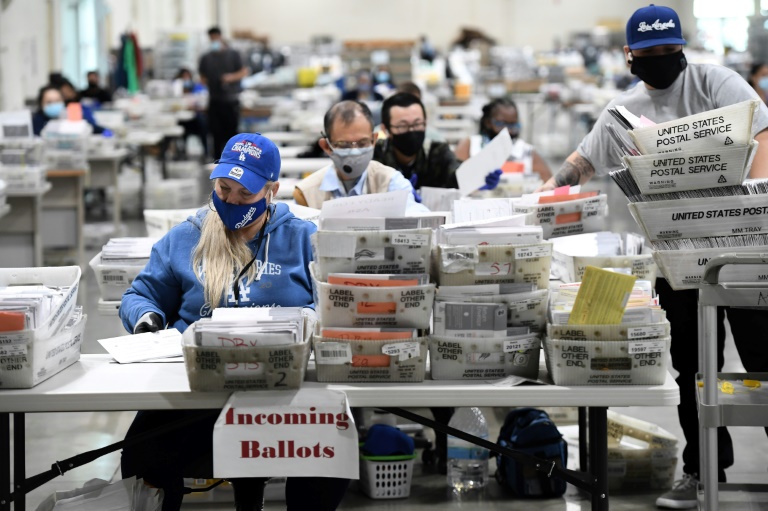 Mail-in ballots for the US presidential election being sorted in Pomona, California.

Trump on Thursday seized on the Commerce Department report on third-quarter GDP growth as proof the recovery he promised from the Covid-19 pandemic is underway.

After the worst downturn on record, the US economy posted a jaw-dropping annual rate of growth of 33.1 percent in the third quarter.

"GDP number just announced," Trump tweeted. "Biggest and Best in the History of our Country, and not even close.

"Next year will be FANTASTIC!!!" he said. "However, Sleepy Joe Biden and his proposed record setting tax increase, would kill it all. So glad this great GDP number came out before November 3rd."

The Trump campaign pointed to the numbers as "absolute validation of President Trump's policies." 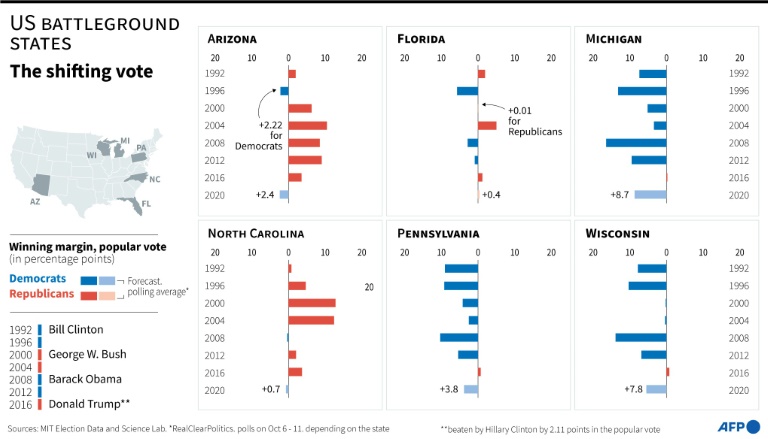 "President Trump will continue to safely reopen the country, while Biden is the candidate of lockdowns, inviting another economic shutdown which would devastate working people and cause even more health problems above and beyond what the coronavirus has caused," it said. "For voters, the choice is simple: It's a Trump boom versus a Biden depression."

Despite Trump's exuberance, economists warned that the rebound in the July-September period, after the 31.4 percent drop in the second quarter, was driven by consumer spending supported by a massive $3 trillion in government aid, much of which has since expired.

The Biden campaign said that "with today's report, we are still on track to have the worst economic downturn in more than 70 years."

"We are in a deep hole and President Trump's failure to act has meant that third-quarter growth wasn't nearly enough to get us out of (it)," it said.

"The recovery is slowing if not stalling; and the recovery that is happening is helping those at the top, but leaving tens of millions of working families and small businesses behind.

"President Trump still has no plan to get our country through this crisis and move us forward."