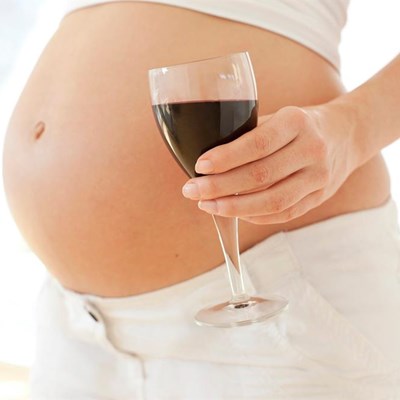 Generic image
NATIONAL NEWS - At nine minutes past nine on the ninth day of the ninth month (9 September 2015 at 9:09), World Foetal Alcohol Syndrome (FAS) Day is commemorated annually. The significance of the number nine is to emphasise that women should not drink alcohol for the full nine months of pregnancy. The alcohol the mother drinks enters the bloodstream of the foetus causing permanent damage to the unborn baby.

FAS is fully preventable yet it continues to be a serious health issue in the Western Cape due to women continuing to consume alcohol during their pregnancy. Children with FAS can have physical abnormalities, neurological, behavioural and learning problems. The effects of FAS do not only impact the life of the child but influences the greater community.

“It is important that pregnant women protect their unborn babies against the dangers of alcohol. We are appealing to all mothers to prevent the use of alcohol whilst pregnant. This not only harms the unborn child, but also holds serious risks for the mother. That is why the Western Cape Government is prioritising the fight against the abuse of alcohol amongst our young adults. We will in the coming months, combine efforts and resources to roll out several programmes transversally wherein we will address the scourge of alcohol abuse in the Province” said Minister Mbombo

On 9 September 2015 Western Cape Government Health in conjunction with the City of Cape Town and various NGOs will be hosting a conference in honour of World FAS Day. The topic for this year’s conference is ‘A Lifetime of Foetal Alcohol Spectrum Disorders – Information, Prevention, Intervention and Care’. Foetal Alcohol Spectrum Disorder (FASD) refers to the whole range of effects that can occur in the foetus as a result of alcohol consumption during pregnancy. The conditions can affect each person differently and can range from mild to severe. The most severe form of FASD is FAS, although foetal death is the most extreme effect of drinking while pregnant. Other disorders that may occur is Alcohol-Related Neurodevelopmental Disorder (ARND) and Alcohol-Related Birth Defects (ARBD). Women should remember that the effects of alcohol on her unborn baby are irreversible.

As different stages of development occurs in each trimester of pregnancy, the specific time during which you consume alcohol while pregnant can have different negative effects on the development of the baby. Even in the first trimester of foetal development, the consumption of alcohol interferes with the migration and organization of brain cells. Pregnant women should thus not be under the impression that you only have to stop drinking later in you pregnancy (for example once you feel the baby kick). It’s never too early (or too late) to stop drinking alcohol when pregnant.

The Western Cape Government Health believes that our province can become FASD free if all women refrain from consuming any alcohol during pregnancy. Although the Department offers treatment for people who have FASD, prevention will always be better than cure. If you find out you are pregnant, stop drinking alcohol immediately and if you are having trouble to stop drinking, seek professional help from your local clinic or social development organisation. You can also seek help and more information about FASD from the organisations listed below.
'We bring you the latest Garden Route, Klein-Karoo, Hessequa news'