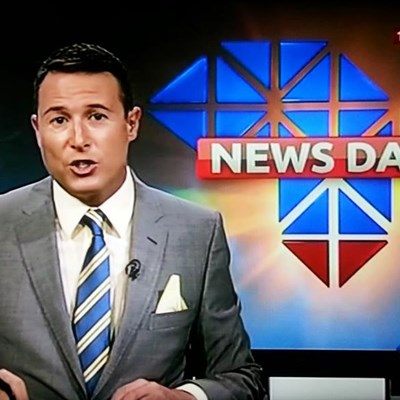 On Wednesday, Barnes made fun of Motshekga during a live broadcast after she had mispronounced the word “epitome”.

South Africans immediately took to social media to express outrage, with some pointing to the fact that the television news anchor had failed to pronounce Motshekga’s name correctly.

The news channel said: “eNCA is aware of Andrew Barnes’ comment. His quip was in poor taste and management will address this. We apologise unreservedly.”

An hour later Barnes tweeted: “My heartfelt apologies for the hurtful comment I made about the Education Minister’s English today. You all expect more of me. I’m sorry.”

Esethu Hasane, a government spokesperson, tweeted: “White @eNCA anchor says ‘someone should have a word with the Basic Edu Min on how to pronounce epitome’. He can’t pronounce her surname.”

South Africa has been rocked by a string of racist incidents in recent days, with realtor Penny Sparrow’s description of black South Africans holidaying on Durban beaches as “monkeys” and fitness club owner Justin van Vuuren’s reference to them as “the scum of the nation”, and economist Chris Hart saying the victims of apartheid now had a sense of entitlement.
Source: African News Agency (ANA)