While many citizens might simply be supplementing supplies, others are blatantly flouting the lockdown regulations.

NATIONAL NEWS - A significant increase in vehicle movement over the past few days likely indicates a negative shift in compliance to lockdown rules, particularly as the increase in movement started ahead of Dr Nkosazana Dlamini-Zuma’s regulations amendments announcement.

This is according to Michael du Preez, Executive: Product and Marketing at Tracker South Africa.

Following an initial 75% reduction in vehicle activity for the first three days of the nationwide lockdown, Tracker’s anonymised vehicle tracking data, aggregated from the company’s installed vehicle base and analytics from Lightstone, indicates a significant uptick in vehicle movement at the end of last week.

“Nationally, all types of vehicles saw substantially more trips towards the end of last week. However, passenger vehicle activity has the most notable change: from 15 to 17 April people did 40% of the trips they did before lockdown, a significant increase from only 22% of pre-lockdown trips done at the same time the previous week,” Du Preez said in a statement. 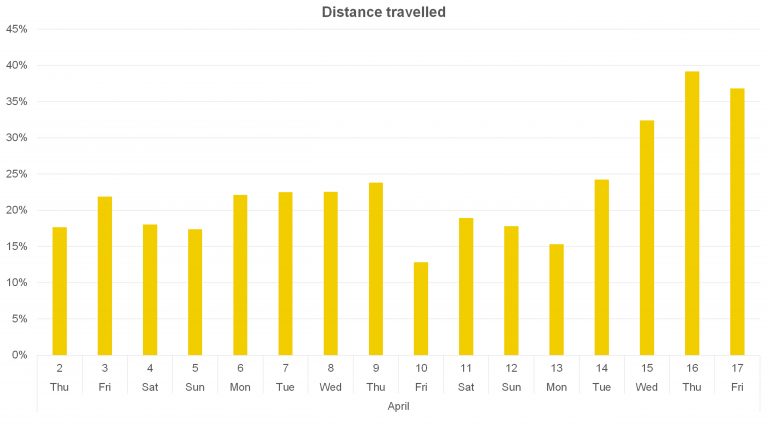 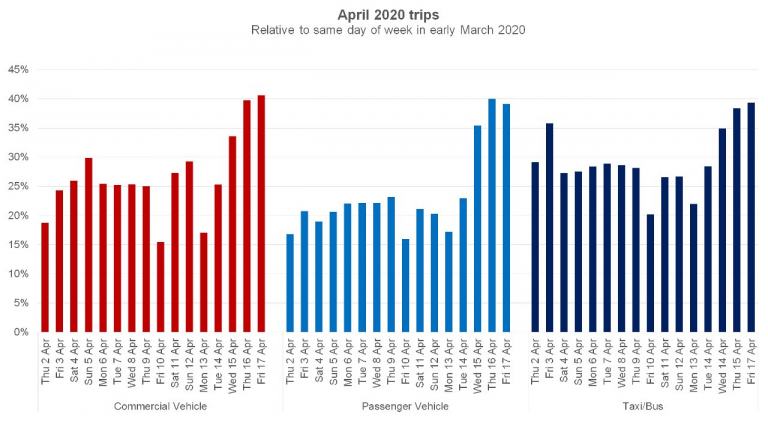 Stops at shopping centres and service stations also showed this uptick trend, almost doubling on Thursday last week from the prior week. 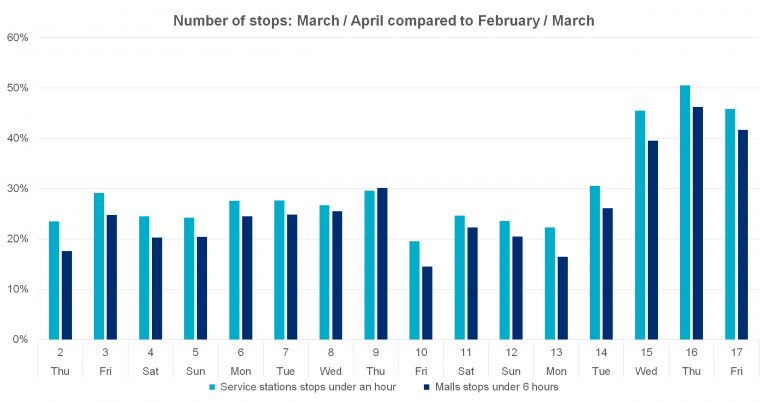 Du Preez said more citizens might be on the road as an ease in regulations allows for additional essential and urgent services during the extended lockdown period, but more likely was the result of non-compliance to the amendments announced.

“The spreading of the virus is more likely with increased movement and interaction,” she said. “We appeal to people to continue to adhere to government’s call to stay home and only go out when necessary, for your safety and the safety of your fellow citizens.”

It’s feasible that people had bought enough to get them through the initial 21-day lockdown,” says Linda Reid, Head of Data for Lightstone. “With that period coming to an end, however, it’s possible that their supplies were running out, resulting in higher volumes of people needing to shop at the end of last week.”

She earlier said that it was important to note that not all areas will be able to curtail movement to the same extent.

“Some areas are more likely to have greater numbers of people who are still travelling as essential services workers.”

Two days before the lockdown started, there was a slight increase in passenger vehicle activity which was “likely due to citizens shopping in preparation, which was also observed in the lengthy queues and sold out stock at stores at the time”.

Provincially, Gauteng and the Western Cape demonstrated the highest compliance for staying off the roads, with passenger vehicle activity reducing between 75% and 80% during the first two days of lockdown.

Drilling down to a town level in the two most compliant provinces, Sandton in Gauteng and Durbanville, Franschhoek and Noordhoek in the Western Cape showed a greater than 90% reduction in vehicle movement.