NATIONAL NEWS - For the last decade, poultry production in South Africa has been static - despite the fact that consumption has continued to grow.

This has happened because imported poultry has come into the economy in large quantities, displacing South African meat, especially at the lower end.

In an effort to address threats to the local production of poultry, government, together with a number of stakeholders in the industry, including poultry producers, farmers, processors, exporters, importers and organised labour, developed the Poultry Master Plan.

The plan provides a framework for a determined effort to grow jobs in the industry through a number of measures that will be implemented over a number of years.

Signed during the second South African Investment Conference in November 2019, the plan is also expected to ensure that locally produced products makes up an increasingly larger proportion of consumption over time.

Sixteen months after its signing, the poultry industry has made strides in implementing the plan.

In a period of 12 months, 13 black contract grower farmers were established while 960 jobs were created.

“The industry has invested R870 million to create markets for 50 black contract growers and to facilitate exports to create local jobs. The industry has also done and paid for business studies for 19 black farmers that are in a program with the DALLRD [Department of Agriculture, Land Reform and Rural Development].”

The industry is also assisting a further 40 independent black farmers by providing them with poultry related advice and training.

“Currently the industry is doing biosecurity audits for Small, Medium and Micro Enterprises (SMMEs) and provides training in biosecurity to prevent diseases getting on their farms in winter.

“The industry also has a database of 670 Small, Medium and Micro Enterprises (SMMEs) farmers that we assist with relevant information and they are invited to our ‘let’s talk chicken webinars’,” he says.

Moreover, the association has made a book available to teach farmers about poultry production and by answering the questions at the end of the book, they can develop their own business plan.

As an emerging farmer, Beverly Mhlabane has benefitted from the Poultry Master Plan. The Sapa paid for her water use license while she underwent egg production training through the association. 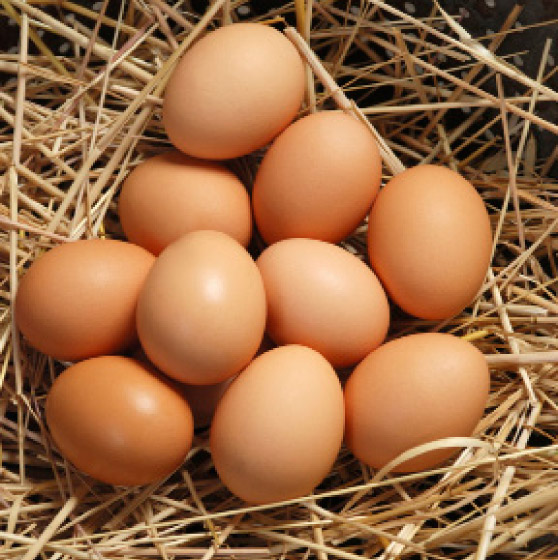 For Mhlabane, what started as a trip to the shop to buy eggs turned into a farming business that supplies one of the largest supermarket chain stores in the country, a fast food restaurant as well as local hawkers, she tells SAnews.

Her journey into farming was a pure coincidence.

The former engineer always had plans to leave the corporate world to start her own property business but fate had other plans for her.

With no farming experience under her belt, she started with a backyard vegetable garden in 2012, which was used for home consumption.

“One day I went to the shop to buy eggs and found the eggs to be very expensive so I decided to buy 10 laying chickens so we could get eggs for the house,” she says.

As a chicken lays an egg every 26-hours, Mhlabane would get an average of eight or nine eggs a day since purchasing the chickens. Two months later, she started selling the eggs to neighbours. This led to her converting her home garage into a chicken battery house.

With the dream of owning her own property business still in her heart, Mhlabane bought two hectares of land in 2014 with the intention to build apartments. However, she discovered that she couldn’t build the apartments as the land was demarcated as agricultural land.

If she wanted to build apartments, she would have to rezone the land. She then decided to use the land for farming.

Speaking to SAnews, the 49-year-old remembers how she used search engine Google to conduct research on farming.

A lack of infrastructure such as fencing, water tanks and electricity meant she only started using the land in 2016.

Mhlabane acknowledges establishing Zapa Farm which is located in Benoni, was a long process. In 2018, she took a leap of faith and focused on her farm full-time.

Having land which came to be known as Zapa Farm, meant that she could now increase egg production. She also started planting spinach, kale, green pepper and tomatoes to supply a local Pick n Pay and hawkers.

“However we have a shortage as our demand exceeds our capacity and as a result we source eggs from other local producers. We have an approved Environmental Impact Assessment (EIA) for 120 000 layers and therefore need capital for the expansion,” she says.

She approached Sapa to guide her on her journey, as she wanted to transition into commercial farming.

“I also want to diversify into meat production. Sapa has been working with government in taking steps against the dumping of chickens, which is damaging the poultry industry,” she says.

Since the Master Plan was signed, government has implemented higher tariffs on certain cuts of poultry, and has further triggered an investigation into the structure of tariffs to provide a more effective trade environment for poultry.

“Sapa has just taken the step, on behalf of all producers big and small, to apply to the International Trade Administration Commission of South Africa (ITAC) for antidumping duties on Brazil, Poland, Denmark, Spain and Ireland, adding to the duties already in place on four other countries,” says Breitenbach.

This is expected to result in nearly 4 000 additional jobs in the production of chicken in pursuit of these outcomes.

In addition, the industry will invest R1.7 billion in the establishment of 50 commercial scale contract farmers - this investment will be supported by the industry and various government agencies.

Such efforts can only strengthen the sector. –SAnews.gov.za