Ongoing tensions between SA and foreign-born drivers are threatening imports and exports in the country.

Five people were arrested in Hekpoort for public violence after a truck and bakkie were torched. Photo for illustrative purposes only

NATIONAL NEWS - Social media was abuzz on Sunday night with motorists travelling along the N12 reporting seeing a number of  trucks parked on the side of the national route, reports the Lowvelder.

There were rumours of a planned strike in the industry on Monday and Tuesday, which the Road Freight and Logistics sector truck drivers associations have distanced themselves from.

Reports already came in on Monday morning that trucks had blocked the N7 highway in Cape Town.

Beverley Short, from the National Truck Drivers’ Foundation, said: “We do not know what is happening, because we have no involvement in the strike. We have seen footage of trucks being burnt and are unaware of who might be behind this.”The Lowvelder was unsuccessful in obtaining comment from the All Truck Drivers Foundation’s secretary, Sifiso Nyati.

Mpumalanga SAPS spokesman Brigadier Leonard Hlathi, said: “There were a number of reports regarding trucks on the N12 this evening, but they have been removed by the owners. We have been monitoring the situation and can confirm that there were trucks parked on the N12.

“They were not barricading the roads and will be moved from Malalane to Steelpoort and then on to Lydenburg.”Meanwhile, the Pretoria East Rekord reports that motorists might be subjected to major disruptions, including significant traffic congestion.

Meyer, who is also MMC for community safety and emergency services in Tshwane, urged residents to take the necessary precautions when planning their trips in the coming week.

Members of the National Truck Driver's Foundation are expected to go on strike today over what they call excessive employment of foreign nationals as truck drivers. Is government failing to deal with illegal immigration and what has been the impact on South Africans? #sabcnews 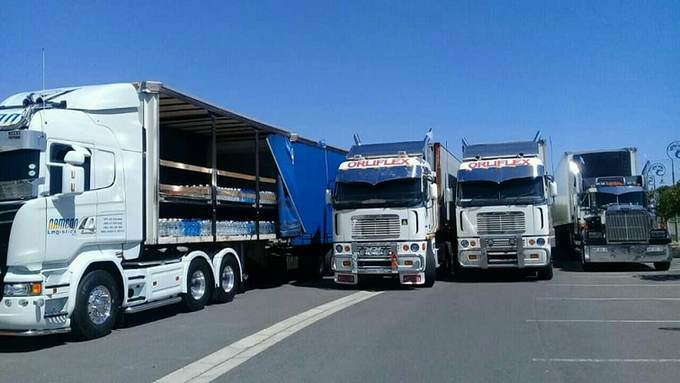 Meanwhile, the South African Transport and Allied Workers Union (Satawu) has distanced itself from the strike, saying it did not know who was calling for it.“None of the legitimate unions within the national bargaining council for road freight and logistics industry have called for [the strike],” said Satawu spokesperson Zanele Sabela.

“We are concerned for the safety of truck drivers and urge trucking companies to be cautious because in the past strikes called by faceless people have often resulted in gruesome attacks on truck drivers with trucks they drive being set alight.”

Sabela said the union supported all efforts by police to stamp out attacks on the country’s trucking industry, which are tantamount to economic sabotage.SA truck drivers have accused foreign national drivers of stealing their jobs, which has led to scores of them being attacked and their trucks torched on, particularly, the busy N3 and N2 roads.The International Cross-Border Traders Association (ICTA) threatened to stop SA-registered trucks and buses from leaving South Africa if the industrial action went ahead.

The Ministers of Employment and Labour, Police, Transport and Home Affairs convened an urgent meeting on Sunday evening to discuss the continued violence in the trucking industry and to plot a way forward.In a joint statement, the ministries noted that incidents against drivers and their vehicles were turning more violent and criminal.In June, at least 20 trucks per week were torched in the space of three weeks, News24 reported.

High-level meetings between truck owners, drivers and Transport Minister Fikile Mbalula, Employment and Labour Minister Thulas Nxesi, Home Affairs Minister Aaron Motsoaledi and Police Minister Bheki Cele were held in Durban at the beginning of June.Police have since arrested 91 people following the previous attacks.News24 has reported on several violent incidents in the past few months, including bricks that were hurled through the window of an Eastern Cape driver’s truck; a delivery truck that was petrol-bombed in Somerset West; and a driver who died of his injuries after his truck was petrol bombed near Touws River.

The ministers condemned the ongoing violence and agreed that it was nothing but economic sabotage threatening the economic viability of the SADC region.

“The meeting emphasised that the acts of sabotage are spearheaded by criminal elements that are responsible for the blockages, burning of trucks and assets, as well as the intimidation and killing of truck drivers in the sector,” the joint statement read.

The ministers agreed on several things, including increasing the visibility of law enforcement in violent hotspots.

Through the department of international relations and cooperation, regional counterparts would be engaged to address ongoing issues in the industry.

“There will be continuous joint inspections taking place in all provinces to ensure compliance in the sector,” the ministries said.

“The task team has agreed to develop a clear action plan and to provide regular updates on the progress made to the joint inter-ministerial task team.”

The meeting further noted that the events were turning more violent and criminal; and that the South African Police Service would continue to act against any acts of lawlessness.

“It is important to note that South Africa is not a xenophobic country and whoever is found on the wrong side of the law will be dealt with,” the statement read.