Old and young: The Archbishop and Archie.

NATIONAL NEWS - The Duke and Duchess of Sussex on Wednesday took their four-month-old son Archie to meet Desmond Tutu in Cape Town, the royal baby's first public outing since his birth in May.

To the delight of royal-watchers, Prince Harry and his wife Meghan walked into the Desmond & Leah Tutu Legacy Foundation carrying a smiley Archie in blue dungarees.

The family touched down in Cape Town on Monday for a 10-day trip in South Africa and other countries in the region.

Both parents have hit the ground running - speaking up for victims of gender violence, delving into local history and visiting charities that support poor children and disadvantaged youth.

But little Archie had yet to make an appearance, until he was taken for tea with one of South Africa's iconic anti-apartheid figures. 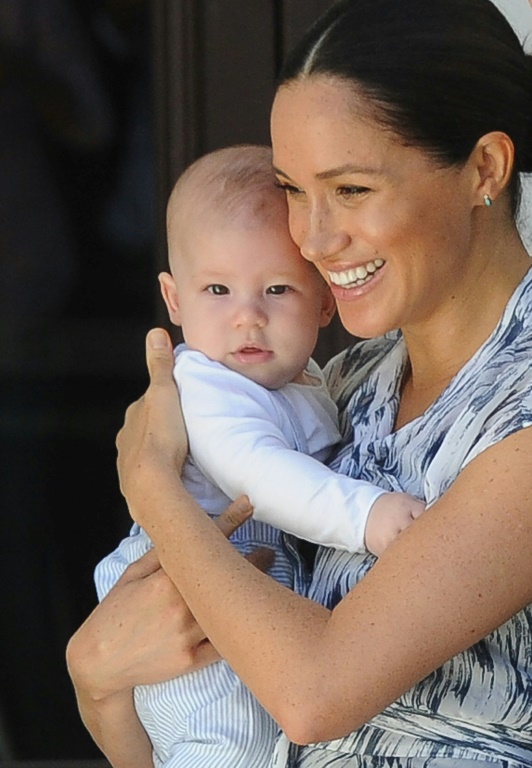 In a video posted on Twitter by journalists attending the event, Meghan bounced Archie on her lap as he made faces at the elderly couple.

They all laughed at Archie's expressions.

"I think he knows exactly what's going on," said Harry.

The adults shared an assortment of pastries decorated with the words "peace", "freedom" and "enough is enough" in reference to protests against gender violence that took place this month.

Archie had a special heart-shaped biscuit with his name written on it.

Tutu told the couple they were "adored" by South Africans."It's heartwarming," Meghan replied.Harry last met Tutu in 2015, when he presented the archbishop with an honour in recognition for his services to UK communities and international peace.Tutu was awarded a Nobel prize in 1984 for his unflinching opposition to the policies of apartheid - a white-supremacist regime that dominated South Africa until 1994. 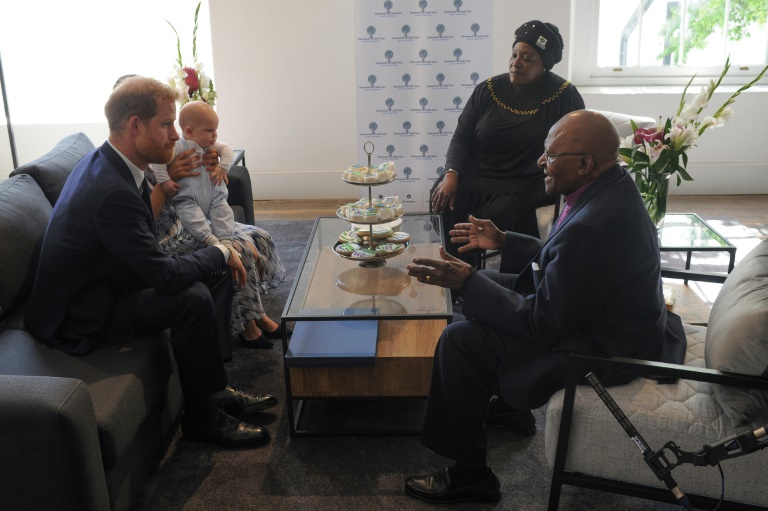 Tea, cakes and laughs: The Tutus served pastries decorated with protests against gender violence, while Archie had a special heart-shaped biscuit of his own.

The foundation, launched in 2013, focuses on youth leadership and social justice.

The prince will separate from his family later in Wednesday to travel to Botswana, Angola and Malawi.

He will visit conservation and HIV prevention projects, and a cleared minefield in Angola through which his late mother Princess Diana famously crossed in 1997.

Meanwhile the duchess and Archie will remain in South Africa, reuniting with Harry in Johannesburg next week to complete the tour as a family, flying back on October 2.