Cyclists tackle epic Beitbridge to Cape Town ride for dementia. Four cyclists. Two weeks. Over 2000 kilometres, for one worthy cause.

NATIONAL NEWS - Later this month, the Border2Beach team – consisting of four amateur cyclists and good friends – will cover 2200km, in a bid to raise funds to support the need for more caregivers trained in dementia care.

Meet the team
Globally there are an estimated 50 million people living with dementia – a term that describes a group of symptoms associated with a decline in memory, thinking, behaviour, and the ability to perform everyday tasks – of which Alzheimer’s Disease is the most common form.

The team consists of brothers Struan and Lyle Anderson (whose late father Jonathan was a dementia sufferer), as well as friends Gareth Myles and Simon Clayton. Simon’s father has also been diagnosed with Alzheimer’s.

On 24 August the team will be setting off from Beitbridge on the Zimbabwe-South Africa border, with a plan to arrive in Cape Town on 7 September.

September is World Alzheimer’s Month, and the trip follows a route undertaken by Struan and Lyle’s adventurous father decades before them by bike, at the tender age of 17! 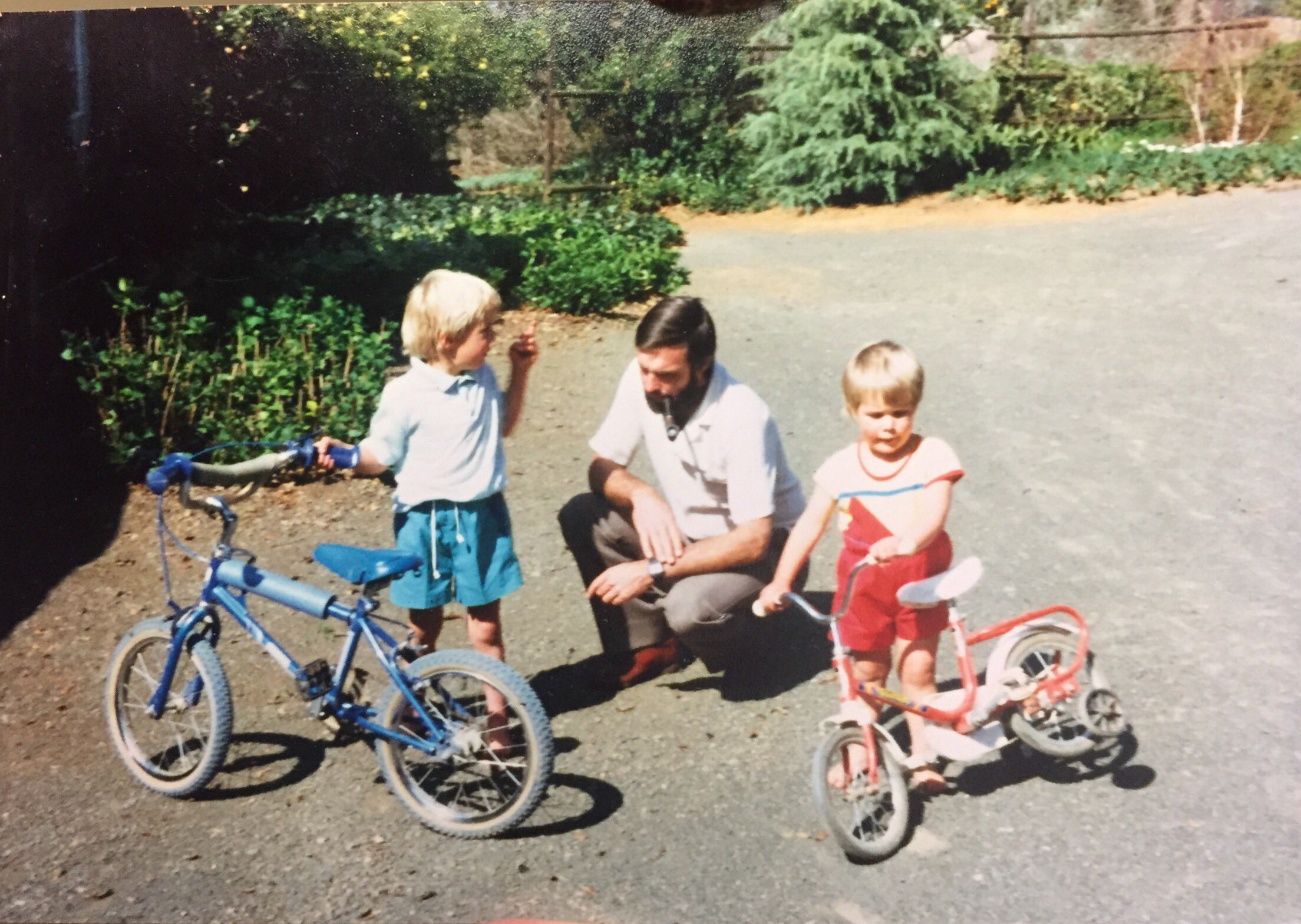 Jonathan with his young sons and bikes.

Myths and misconceptions
Despite growing numbers of people affected by dementia, there are still many dangerous misconceptions, including the myth that it is a normal part of ageing, or that dementia patients are bewitched or “possessed”.

It is these harmful misunderstandings and stigmas that Border2Beach hope to combat through  word of mouth, a social media campaign, and specialist training for caregivers. 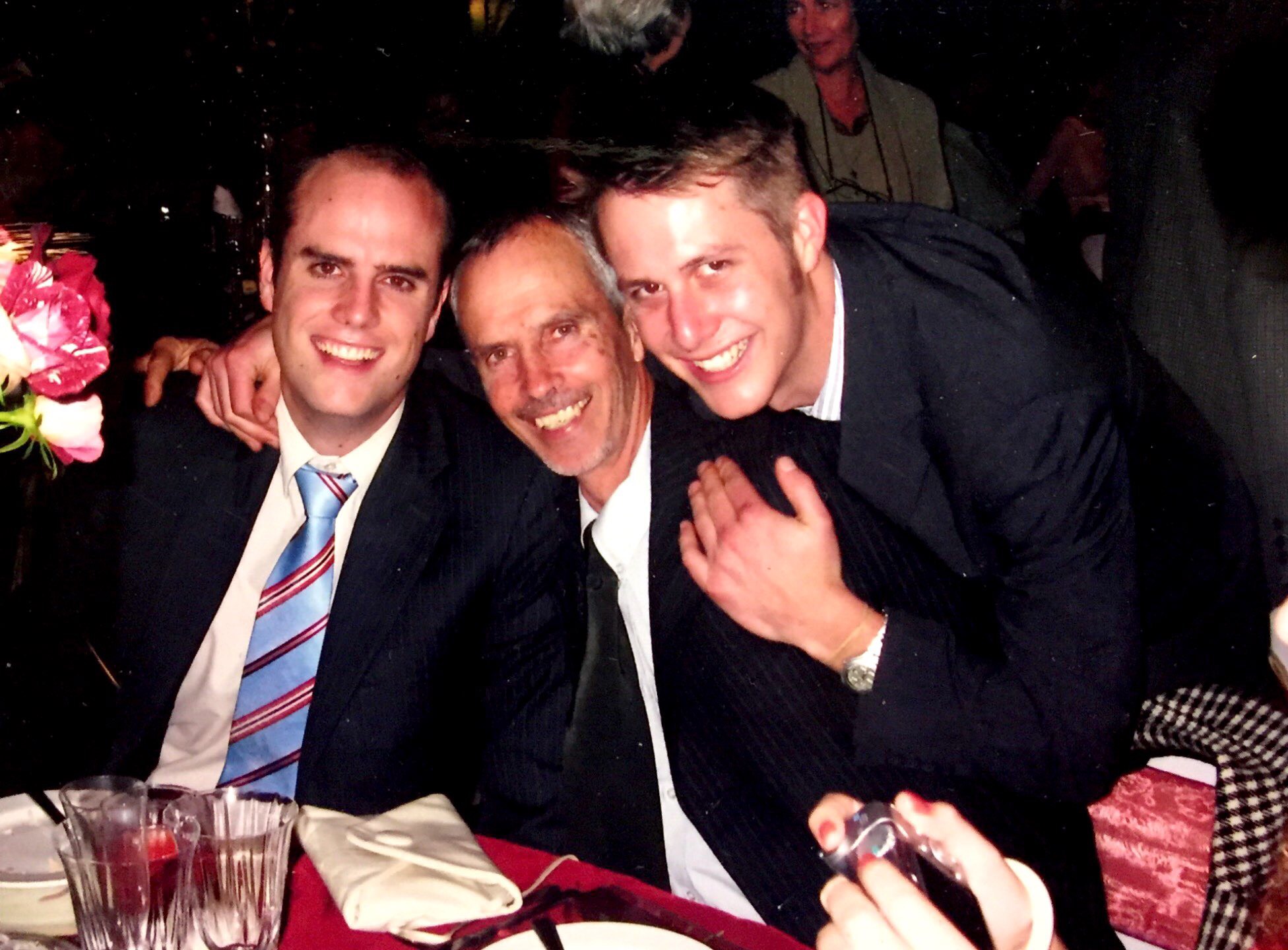 Jonathan with his adults sons.

They are dedicated to the same ideals as the riders: to raise awareness about dementia across the country, to work with communities, and to ensure that people living with dementia are treated with the care and respect they deserve.

Other companies have also kindly pledged support to the riders, including Publicis Groupe and Willard Batteries among others.

Signs and symptoms
Dementia isn’t “just” a difficulty remembering facts; it is a progressive loss of independence, mobility, memory, and even sometimes personality traits. There is no cure and limited treatments, not least of all because dementia patients are mostly unable to advocate for themselves.

However, through the personal experiences of the Border2Beach team, they’ve realised that early detection and the need for education around these symptoms can afford a family time to prepare and help combat feelings of stress and guilt.

Specialist care
Additionally, dementia patients do require specialist care. Border2Beach wants to raise R200 000 to support the training of 80 caregivers. Alzheimer’s SA provides this education at a cost of R2500 per person.

How can you support?
Show your support: Contribute what you can to the fundraising campaign on BackABuddy, or commit to educating one caregiver for R2500.

Join us at the finish line on September 7: Lagoon Beach Hotel & Spa have kindly offered to host the welcome event as the riders coast in to Cape Town on September 7. Stay tuned for the event time.

Should you prefer to make a donation via direct bank deposit it can be made into the following bank account:

For more information on the Border2Beach Psycle Tour please click here and to learn more about the signs and symptoms of dementia please visit here.