Oscar: From fame to infamy 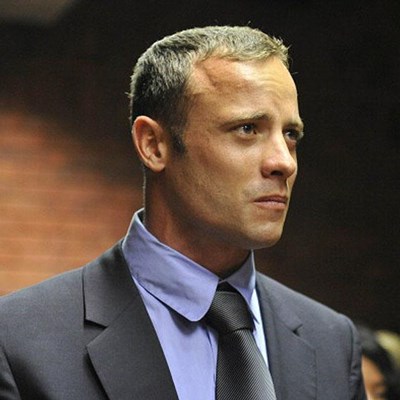 According to a newspaper report at the time, the R3.5 million car was a reward to himself for his recent athletic achievements.

A month later, on February 19, Pistorius sat weeping in a Pretoria courtroom, listening to his lawyer read out an affidavit in which he denied murdering his girlfriend Reeva Steenkamp.

The week before, in the early hours of Valentine's Day, Pistorius fired four shots through the door of a bathroom in his Pretoria home, killing the blonde, 29-year-old model.

Nicknamed "Blade Runner" after the carbon-fibre prostheses on which he propelled himself to fame and fortune, the Paralympian sprint athlete had ended the previous year at the top of his game.

Pistorius's achievements included winning gold at the 2012 Paralympic Games, and appearing at the Summer Olympics -- the first-ever double-leg amputee to take part in such an event.

He is expected to appear in the High Court in Pretoria on March 3, where he faces charges of murder and violating the Firearms Control Act.

The key dates in his journey from internationally renowned athlete to a man on trial for murder appear below:

February 14, 2013: News breaks around 8am on Valentine's Day: Pistorius has shot and killed his girlfriend, claiming he mistook her for a robber. Police later confirm they have arrested Pistorius and recovered a 9mm pistol.

By mid-morning, police confirm the woman shot dead is 29-year-old model Reeva Steenkamp. They say they will oppose bail when Pistorius appears in court.

February 15: After spending the night behind bars, Pistorius appears in the Pretoria Magistrate's Court. Prosecutors announce they intend to pursue a charge of premeditated murder. His bail hearing is set for February 19.

February 17: Pistorius's agent, Peet van Zyl, says all future races Pistorius is contracted to compete in have been cancelled.

"I have decided that following these tragic events that we have no option but to cancel all future races... to allow Oscar to concentrate on the upcoming legal proceedings," he says at the time.

February 22: Magistrate Desmond Nair grants Pistorius R1 million bail. Conditions include that Pistorius surrender his passport and any weapons in his possession.

February 28: Pistorius appears on the cover of the March issue of Time Magazine in the US, Asia, and the South Pacific. He is bare-chested, wearing shorts and his running blades. Printed over his picture are the words: "Man. Superman. Gunman."

March 11: Lawyers for Pistorius file an appeal against bail restrictions imposed on him.

March 28: Pistorius's bail restrictions are eased by the High Court in Pretoria, allowing him to leave South Africa if he wants to compete internationally.

August 19: The day on which Steenkamp would have turned 30, Pistorius appears in the Pretoria Magistrate's Court before magistrate Desmond Nair to have the State's indictment served on him. He is charged with premeditated murder and violation of the Firearms Control Act. Accompanying the indictment is a list of more than 100 possible witnesses. The trial is set to take place in the Pretoria High Court from March 3 to 20.

February 14, 2014: On the anniversary of Steenkamp's death, Pistorius posts a tribute to her on his official website (oscarpistorius.com): "No words can adequately capture my feelings about the devastating accident that has caused such heartache for everyone who truly loved -- and continues to love Reeva."

February 19: Media groups ask the high court for permission to broadcast Pistorius's murder trial. Judge Dunstan Mlambo reserves judgment on the matter until February 25. The application to film the proceedings was brought by news channel eNCA. It was joined in the application by MultiChoice and EWN. A 24-hour TV channel dedicated to the upcoming trial will be launched on DStv on March 2, a day before Pistorius goes on trial.

March 3: Trial set to start in the High Court in Pretoria.