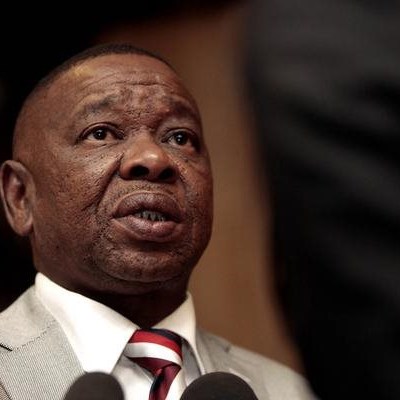 NATIONAL NEWS - Transport Minister Blade Nzimande on Wednesday appealed to all parties involved in the negotiations aimed at ending the bus strike to urgently and cordially find a negotiated settlement.

Many commuters were left stranded and had to seek alternative transport as South African bus operations came to a halt on Wednesday morning across the country after drivers went on strike over a wage dispute with employers.

Drivers in the bus sector affiliated to the South African Transport and Allied Workers’ Union (Satawu) on Wednesday downed tools at 6am and embarked on a national strike after wage negotiations with employer bodies, Commuter Bus Employers Organisation and South African Bus Employers Association (Sabea), reached a deadlock.

The drivers are demanding a 12 percent wage increase, while the employers are offering seven percent.

In a statement, Nzimande said that parties involved must find a solution inspired by a common desire to make the bus industry a reliable, attractive and safe public transport mode.

“The only reasonable outcome that government expects from the negotiations is the immediate resumption of bus operations, whilst labour and employers are finding a permanent solution to the impasse,” he said.

Nzimande said that he was observing with keen interest on the negotiations aimed at ending this bus strike.

Read more on the Caxton publication, The Citizen.