File image for illustration purposes only.

NATIONAL NEWS - Viral social media posts over the weekend reported on a 37-year-old man from Wentworth Park, Krugersdorp who was arrested after it was found that he did not have valid permits to keep lion bones on his premises or export them.

An operation conducted by the Hawks’ Serious Organised Crime Investigation in Germiston, the Johannesburg Metropolitan Police Department (JMPD) Dog Unit, and the Department of Agriculture and Rural Development found he was in possession of lion bones worth approximately R2.3-million.

Captain Ndivhuwo Mulamu, the Hawks spokesperson, explained that their teams received information about the man who kept the bones without valid permits.

“They searched the premises and discovered a large amount of dried lion bones in the garage packaged in boxes, and also from the clandestine laboratory inside bags ready for exportation to unknown destinations,” Mulamu said in a statement.

Investigations revealed the suspect had permits to posses lion bones and export them, but these permits had expired in 2016 and 2020 respectively.

“He was arrested immediately and charged with contravening the The National Environmental Management: Biodiversity Act (NEMBA) 10 of 2004.”

In a comprehensive report published by the National Society for the Prevention to Cruelty to Animals (NSPCA) released last month, titled ‘NSPCA challenges the captive lion industry – A positive change for all wildlife in South Africa’ they mentioned the lion bone trade.

“Once cubs are too old to pet, they are either sold to hunting facilities or become ‘walking’ lions, before being sold either directly into the bone trade or to the captive/ canned hunting industry,” read the report.

It said due to a decline in the demand for canned hunting, and coupled with intensive breeding, many lions are slaughtered directly for the lion bone trade.

These bones allegedly are exported to Asia where they are “… used to supplement the tiger bone trade, as a substitute in tiger bone wine or made into tiger bone cakes.

Currently, only the Free State province is issuing permits for ‘euthanasia’ of lion for bones. Captive lions are transported to the Free State from other provinces to be slaughtered for their bones, in what is referred to as lion mass slaughterhouses.”

The report also mentioned that bones have changed from a by-product to a primary product in the lion industry, and this has seen an alarming increase in welfare problems as lions do not have to be healthy to be slaughtered. 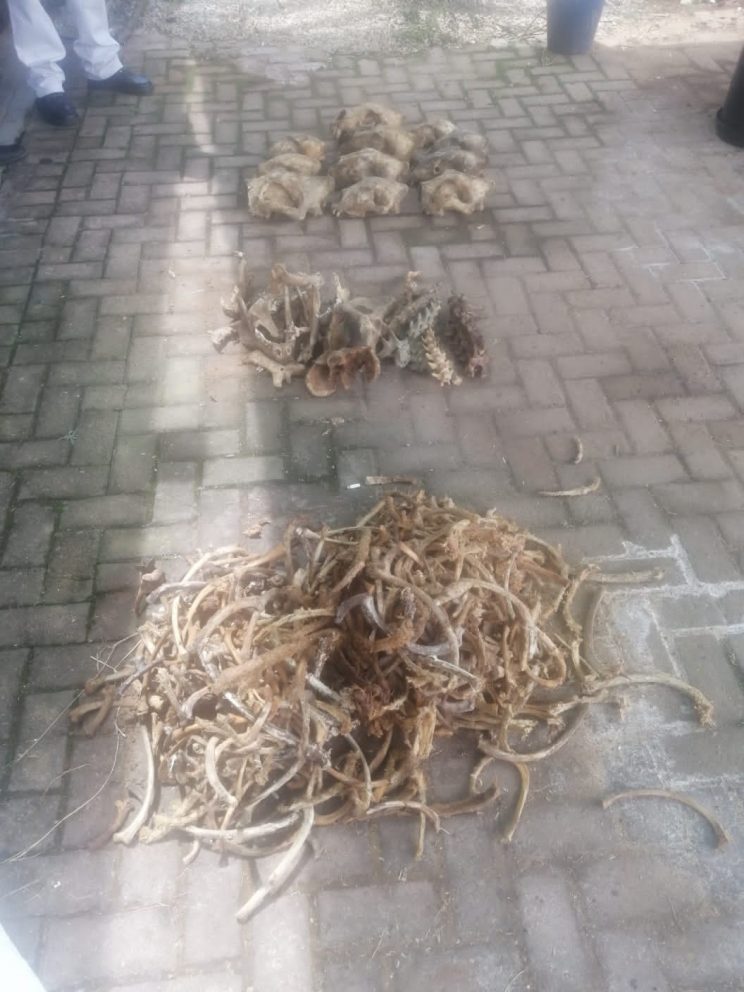