The samples were taken from the river in June and July.

NATIONAL NEWS - The results of water samples taken by the eThekwini Municipality have revealed the shocking state of the infamously polluted uMbilo River.

The samples were taken from the river in June and July.

In March this year, Neil Pearce, one of the members of the group, organised a series of photographs to show the difference in water quality above and below the eThekwini Umbilo Municipal Wastewater Treatment Works near Sarnia.

He said he believes the results highlight the severe contamination of the river, which is something residents have been complaining about for years.

Residents in the Mosley, Escombe and Northdene areas of Queensburgh say they can smell the contamination in the river as soon as they arrive back from working in other parts of the city. 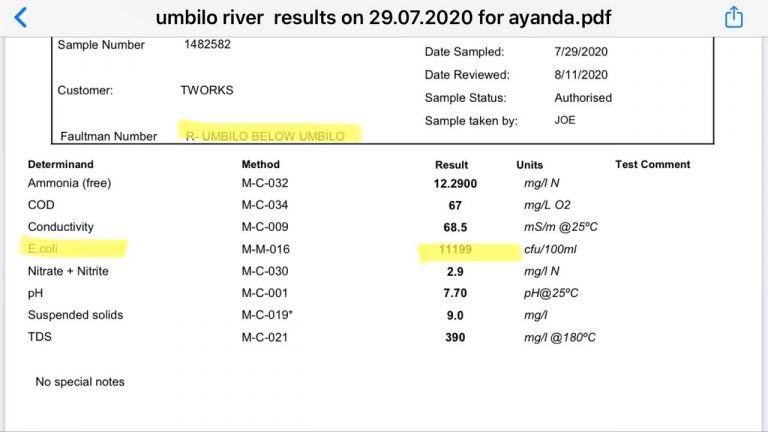 “We have known this river was bad, we could smell it everyday. The river smells like a sewer, but these results show there really is something wrong,” said Sandra Streak, who lives near the river.

Repeated attempts by the Highway Mail to obtain comment from the city have been unsuccessful.