A witness said when the father and son began to struggle in the water, their loyal dog entered the water to try and save them.

A father, his son and their dog tragically died in a drowning incident in KwaZulu-Natal on Friday. Photo: Facebook/Reaction Unit South Africa

NATIONAL NEWS - A man, his son and their dog drowned in full view of the man’s older son and a local fisherman at a beach in La Mercy, KwaZulu-Natal, on Friday.

Private security firm Reaction Unit South Africa responded to the scene after being contacted by the fishermen. They told the firm the man and his 14-year-old son were having difficulty while swimming.

The firm’s R44 helicopter then found the teenager’s lifeless body in the water after a brief low-level search. He was found about 100 metres away from where he entered the surf.

Paramedics retrieved the teen’s body and he, too, was declared deceased.

A witness said when the father and son began to struggle in the water, their loyal dog entered the water to try and save them. Tragically, their companion drowned, with its leash still attached to the collar.

The deceased father’s 18-year-old son was also swept out to sea, but grabbed onto nearby rocks and managed to exit the water. He survived and witnessed the ordeal. 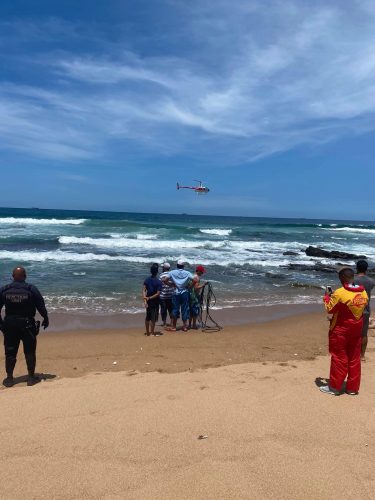