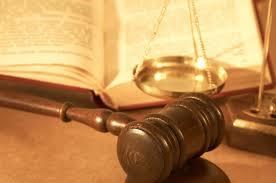 Generic Image
NATIONAL NEWS - A driving school owner who was found guilty of trespassing after taking a learner truck driver for a test at the municipal testing grounds in Secunda has cleared his name on appeal.

Two judges of the High Court in Pretoria set aside the conviction and R2 000 fine imposed on Elvis Mosele for “trespassing” at the Govan Mbeki municipal testing grounds in November 2013.

The Mpumalanga transport department issued a directive prohibiting the use of the testing grounds by driving schools and private persons for own use.

The supervisor of the testing station alleged Mosele, who owns the “Rise and Shine” driving school, and a trainee truck driver had trespassed when they practiced on the premises.

Mosele insisted the chief testing officer had given permission for the truck to be on the testing grounds and that he was not practising but was there for a test for his learner driver.

He claimed he had not seen the circulars preventing the use of the testing grounds and could not read English.

The chief testing officer, with whom Mosele dealt with daily, was never called to testify against him.

Acting Judge Liza Tsatsi said Mosele had a driving school business permit and was allowed to let his students be tested for either a learner’s or a driver’s licence.

She said Mosele’s version he was there to have one of his trainees undergo a test and had no intention to contravene the law was reasonably possibly true and he should have been acquitted.
Article by Caxton publication, The Citizen.