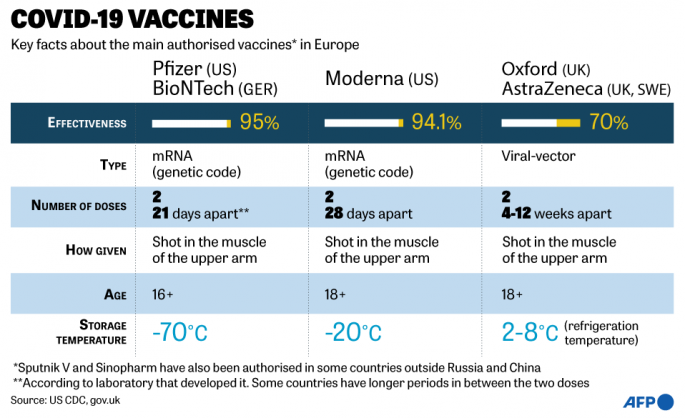 WHO go to Wuhan lab
World Health Organization inspectors visit the Chinese contagious diseases laboratory in Wuhan which Donald Trump controversially claimed might have been the source of the virus.

600,000 Latin America deaths
The death toll in Latin America and the Caribbean passes the 600,000 mark, the second highest number of fatalities after Europe.

EU: Show us the data
European Union Commission chief Ursula von der Leyen says jabs from Russia and China could be approved for use in the bloc if they “show all the data”.

Sputnik for Mexico
Mexico’s health regulator approves Russia’s Sputnik V jab for emergency use a day after The Lancet medical journal published results showing the vaccine to be safe and 91.6 percent effective.

And the world?
A Kremlin spokesman says Russia is working to increase production of its Sputnik V vaccine abroad.

Made in France
A French lab will start producing Moderna’s shot in March, while another will begin making the vaccine from Pfizer and BioNTech in April.

Summer promise
President Emmanuel Macron says all French people who want a vaccine will be offered one “by the end of the summer”.

AstraZeneca slows spread
The UK says its rapid one-shot vaccination strategy is vindicated by a study showing the Oxford-AstraZeneca jab significantly reduces virus transmission and is protective after a single dose.

China vaccine for Pakistan
Pakistan begins administering China’s Sinopharm jab to frontline health workers, but the country is still months away from a mass roll-out. 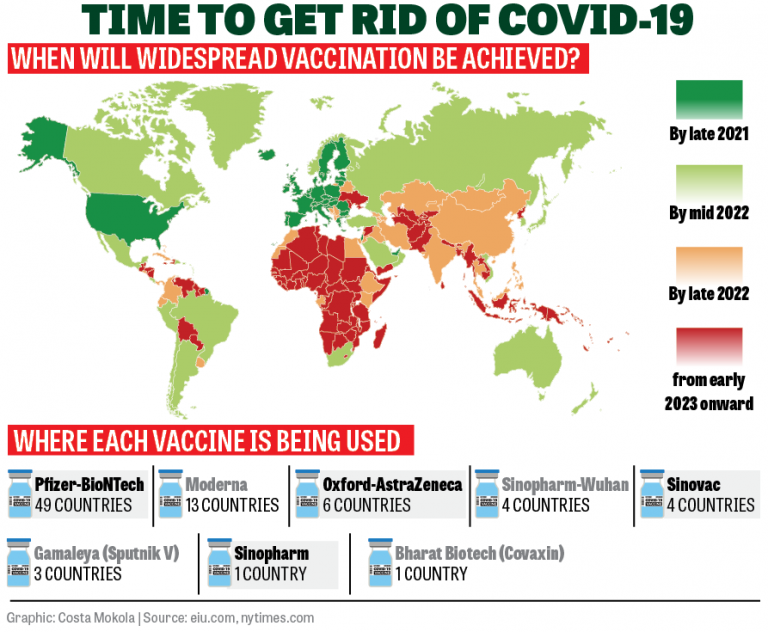 More than 2.2 million dead
The coronavirus has killed more than 2,253,813 people since the outbreak emerged in China in December 2019, according to an AFP tally based on official sources at 1230 GMT.

The global death toll, calculated from official daily figures published by national health authorities, is an underestimate and does not include later revisions by statistics agencies.