The blockade started at before 6am this morning mainly affecting routes in the northern area.

NATIONAL NEWS - Motorists were urged to find alternative routes as bus drivers from Durban Transport have blocked off many major routes around in the area on Monday morning.

According to Greenwood Park resident and Nettow owner, Duane Bengston, several routes including the N2, M19, KwaMashu Highway (M25) and Inanda Road have all been affected.

“At this stage, I would urge motorists to be patient or delay their trips into Durban if possible and avoid the N2 for the time being. The M4 and other arterial routes have all been affected due to the blockage and congestion.

“I’m currently on Chris Hani Road where traffic is slow but moving however a bus has blocked Connaught Bridge leaving traffic at a standstill,” he said.

Durban Metro police spokesperson Senior Superintendent Parboo Sewpersad said the bus strike between the drivers and the municipality is a longstanding one. 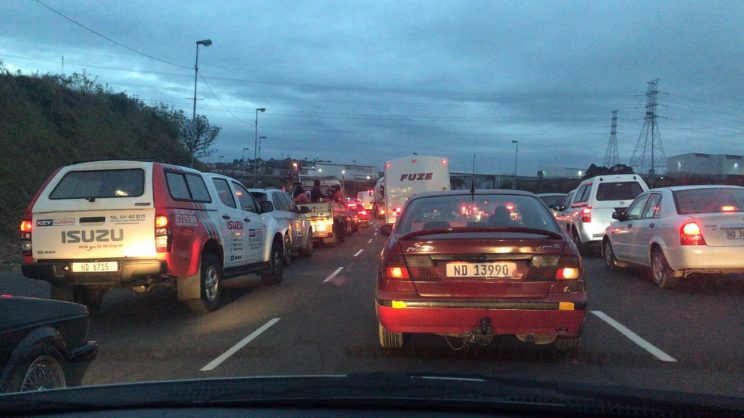 “The blockade started at before 6am this morning mainly affecting routes in the northern area like Queen Nandi Drive, the M25 (KwaMashu Highway) and the N2 in the vicinity of Inanda Road.

“Some of the routes have now been reopened and we had to use our armoured vehicles to move a few buses off the road.

“Motorists will see the buses left on the side of the road for the time being but we will move them once the traffic has died down.

“Congestion in these affected areas will last around 45 minutes but traffic is starting to flow,” he said.