National  Emirates to fly from India, SA and Nigeria again after ban over Covid-19           General  Fire at the landfill site           International  Saudi talks up strength after US cuts military assets           General  Fond goodbye to scholar patrol warden           National  Ramaphosa: We may be tired, but Covid-19 is not tired of us
Loading

"The fire is not yet under control," Cape Town fire spokeswoman Jermaine Carelse said in a statement. The blaze has already destroyed the Cecil Rhodes Memorial Restaurant, private homes and historical structures such as the Mostert's Hill windmill.

The African studies section of the library dating to the 1930s was gutted.

NATIONAL NEWS - A fire in Cape Town has ravaged part of a university library housing a unique collection of African archives, its director said, as the blaze advanced Monday towards the city centre.

The fire, which broke out Sunday in the foothills of the landmark Table Mountain before spreading to the University of Cape Town (UCT), forced hundreds of students to flee on foot.

The African studies section of the 1930s building and its parquet-floored reading room were "completely gutted", the head of UCT Libraries Ujala Satgoor said in a Facebook post on Sunday.

"Some of our valuable collections have been lost," she wrote, adding that fire shutters had protected other parts of the building. 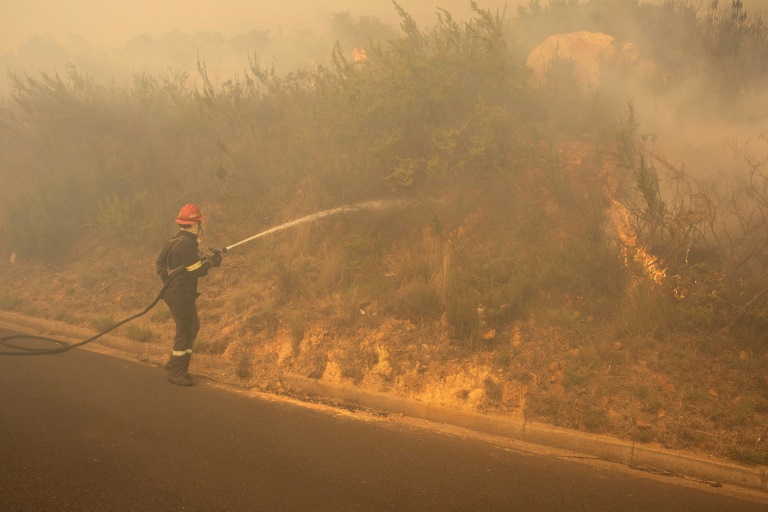 Firefighters were still battling the blaze on Monday as high winds pushed the fire west.

Photos accompanying the post showed flames and smoke billowing from the roof and windows of the column-lined building, which has been closed until further notice.

A full assessment of the damage will be carried out once the building is safe to enter, Satgoor said.

Thick smoke hovered over a deserted UCT campus on Monday, blocked off to students and staff.

One student, 20-year-old Kosmas Joannou, had walked over from a nearby residence hall to gauge the situation.

The sky "was orange, there was ash everywhere and everyone was screaming. It was chaos." 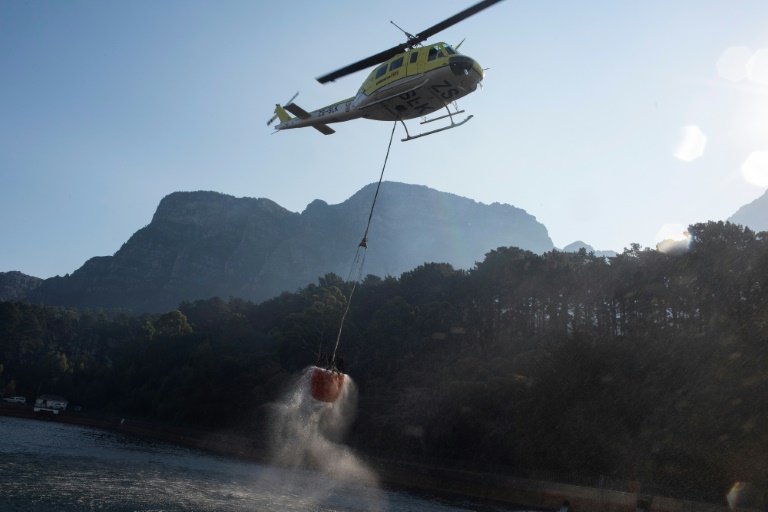 Capte Town fire spokeswoman Jermaine Carelse said the blaze was not yet under control.

Joannou, a student in business studies, added: "All the history that was lost in the library, that destroys me."

Hundreds of students housed closer to the blaze have been moved to temporary accommodation, with donors sending food and other essentials.

Firefighters were still battling the blaze on Monday as high winds pushed the fire west, closer to the city centre. 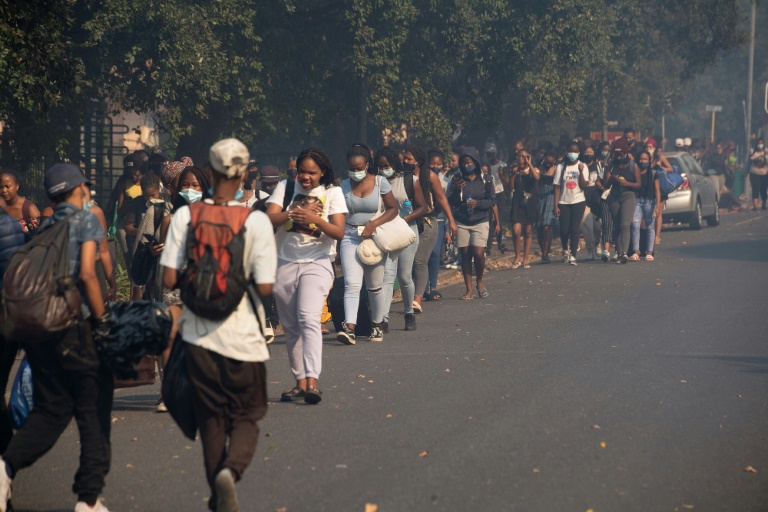 Students have been forced to evacuate their university residences.

"The fire is not yet under control," Cape Town fire spokeswoman Jermaine Carelse said in a statement.

"The wind is a major contributing factor," she added, noting that the wind was also preventing aerial firefighting.

Schools in the suburb of Vredehoek, around three kilometres (two miles) away from UCT, have been asked to evacuate.

The cause of the fire is under investigation, with one suspect taken into custody overnight, city official Alderman JP Smith said.

The blaze has already destroyed the Cecil Rhodes Memorial Restaurant, private homes and historical structures such as the Mostert's Hill windmill.

No casualties have been reported so far apart from a few firefighters who have been injured.