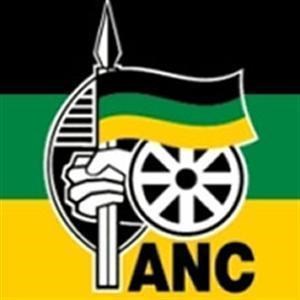 NATIONAL NEWS - The ANC has defended the Electoral Commission of SA (IEC) following claims by DA leader Helen Zille that the institution was in danger of becoming another ruling party "lapdog".

"The IEC has since 1994 delivered to South Africans credible, free, fair and transparent elections," secretary general Gwede Mantashe said in a statement.

"Notwithstanding the baseless attack on it by the Democratic Alliance and other political parties recently, and in the run-up to the 2014 general elections, the IEC continues to be acclaimed for its capability and professionalism."

On Monday, Zille questioned the ability of the IEC to run free and fair municipal elections in 2016.

"[The] Independent Electoral Commission itself - once one of our most robust independent state institutions - is under serious threat of becoming another ANC lapdog," she said in her weekly newsletter.

Zille said the results of this year's national and provincial elections showed the ruling African National Congress was vulnerable in three Gauteng metropolitan municipalities, and even more so in Nelson Mandela Bay Municipality, centred in Port Elizabeth.

"Suddenly, after May, four more metros - in addition to Cape Town - are in play for 2016. In Gauteng, the ANC is looking extremely vulnerable in the province's three metros: Johannesburg (52.3 percent), Tshwane (49.3 percent) and Ekurhuleni (55 percent)," she said.

Mantashe said the absence of any substantive and factual complaints, including from DA itself, was evidence of its impartiality in conducting its oversight of elections.

He said the recent attack on the integrity of the IEC was unfounded.

"The attempt to link the IEC to the ANC is disingenuous. The IEC has served the people of South Africa with distinction over the past 20 years, doing so in a manner that is universally accepted as non-partisan," said Mantashe.

"The irony is that the only Commissioner in the IEC with clear politician affiliation is Reiner Taljaard, a former DA MP and former CEO of Helen Suzman Foundation," he added.

Mantashe said it was also ironic that Zille attacked the Municipal Demarcation Board for being partisan.

"She suffers from selective amnesia and forgets that the Municipal Demarcation Board has often found in favour of the DA, including in Midvaal," he said.

Zille accused the ANC of deploying cadres in the Municipal Demarcation Board to merge Midrand - the only DA-run municipality in Gauteng - with surrounding ANC-dominated municipalities.

She further went on to claim that the deployment of SA Democratic Teachers' Union (Sadtu) members as electoral officers to run polling stations earlier this year was another sign of the party's desire to control the IEC.

"It goes without saying that if the IEC becomes an extension of the ruling faction of the ANC, we can kiss free and fair elections goodbye," Zille said.

Mantashe rejected the claims. He said not all teachers were members of Sadtu.

He said many of those employed during elections were members of National Teachers Union (Natu), the Suid Afrikaanse Onderwys Unie (SAOU) and the National Professional Teachers Organisation of SA (Naptosa), among others.

"The DA is once again preparing the ground for their failure in 2015 local government elections. The IEC is being used as a scarecrow and scapegoat in this process," Mantashe said.