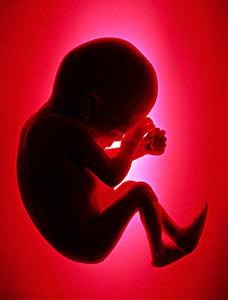 Generic Image
NATIONAL NEWS - A case of concealment of birth has been opened after two foetuses were found in a drain in Emjindini, Barberton, in Mpumalanga.

Police spokesperson Constable Tutu Nkosi said Umjindi local municipality workers were cleaning a blocked drain on Sunday when they came across the foetuses. One is believed to have been about 12 weeks old, Barberton Times reported.

Sam Jele, spokesperson for the municipality, said most of the blocked drains they unclogged were usually because of babies that had been dumped into toilets after illegal abortions. Residents should desist from such practices, he added.

Police are appealing to anyone who might have information to come forward. Investigations are ongoing.

Last month, a foetus allegedly aborted by a sex worker was found in a box in the Nelspruit CBD in Mpumalanga.

The foetus was discovered in Anderson Street by municipal waste collectors. The street is notorious for being a place of business for sex workers.

According to the woman’s friends, she began bleeding heavily and when questioned about it, she apparently said it was her menstrual cycle.

In April, Witbank police in Mpumalanga discovered a full-term baby with the placenta still attached to it, smothered in a black plastic bag at a dumpsite.

“When police arrived at Leeuwpoort dumpsite, they found the fully grown baby boy in a black bag. We were informed that the rubbish truck that had offloaded the waste had stopped at a clinic in eMalahleni and then made its route through the city picking up general waste,” said police spokesperson Sergeant Marius Etsebeth.
Source: The Citizen.