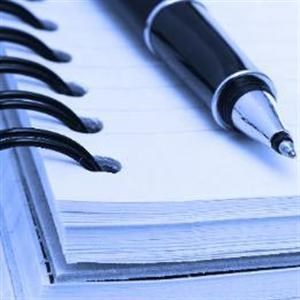 At Mdela Hlongwane Primary School in Pimville Zone Five, Soweto, pupils walked up and down in front of the school.

Mbali was very excited about her new school uniform and school bag.

Mbali was fortunate to have two older siblings who would help her with her homework.

Mfusi said she was happy with the school her daughter was attending.

"I love township schools. It's affordable and government programmes, like feeding schemes, are helpful."

She said she could not wait for Mbali to matriculate in 12 years time.

Motlanthe said the visit was intended to motivate teachers, and congratulate them on a job well done, as the school was one of the top performing schools despite being a no-fee school.

"[We] decided to come to this school to thank [the] principal and teachers for the job they are putting in and to encourage learners," he said.

Motshekga said it was all systems go for the new academic year and that text books had been delivered, but that she had received word that some schools in Limpopo and Mpumalanga had suffered storm damage.

"We are running around checking to ensure schools have day one today," she said.

In the Free State, several grade ones were bracing themselves for the start of their school career at Universitas Primary School in Bloemfontein.

Blue school suitcases with name tags were lined up in front of classroom doors while parents chatted in groups, discussing the first day of school.

Pupils were happily organising themselves ahead of their classes, without being concerned about the formal arrangements of their teachers.

As the school bell rang, pupils and parents moved to school hall for a formal welcome.

Northern Cape education spokesman Sydney Stander said that the province's MECs were deployed to several schools across the province. Towards the end of the day they are expected to report on how smoothly the first day of school went in their province.

In KwaZulu-Natal, there was heavy traffic around Escombe Primary School in Queensburgh, near Durban, as the morning school rush reached its height.

The school's parking lot was full and commuters on their way to work had to battle traffic congestion.

Meanwhile in Soweto, there were tears and excitement at Faresani Primary School, with some Grade Ones clinging to their parents.

At the nearby Boitumelo Day Care Centre, five-year-old Oratile Makgatho was wearing a school uniform for the first time, even though he will only be starting "big school" next year. At this day care centre, pupils in Grade R start wearing school uniforms in preparation for the years to come.

Oratile stared at his shiny new school shoes as his mother, Anna Makgato chatted about the importance of quality education.

In Pretoria central, lots of parents were leading their children to school.

The pair were heading to Hamilton school, where Given was beginning Grade One.

"I have to make sure he is in class before I go to work. I am sure it's a difficult period for most parents as we struggle to balance time," said Mazwai.

Across town, at Founders Schools, scores of parents were queuing at the reception, hoping to secure places for their children.

Some in the queue said they were unsure whether they would secure the places, as the school term had already commenced.

Pascal Mathebula said she had to find place for her son, Irvin who had just joined her from Limpopo.

Moments later, the pupils gathered for assembly and were addressed by one of the staff members, Hospa Sibanda.

"You should not steal others' things. Always make use of your stuff, don't take from others. You will have to learn to be quiet in classes," he said to the attentive pupils.

After prayers, the different grades followed their teachers towards classrooms.