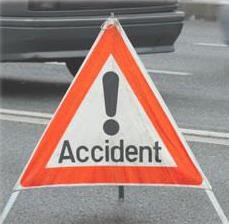 Generic image
NATIONAL NEWS - Thirteen children were injured when a car and a truck collided on the N3 in Alberton on Monday, paramedics said.

One of the children, aged between 10 and 13, was critically injured, ER24 spokesman Russel Meiring said.

"Paramedics discovered that 12 children had sustained injuries ranging from minor to moderate. Another child lay trapped in the front of the vehicle and was found to be in a critical condition," he said.

The Jaws-of-Life were used to extricate the child.

"Once freed, paramedics provided the patient with advanced life support while other paramedics treated the remaining patients."

The children were taken to Natalspruit Hospital. The cause of the accident was not known.

On Wednesday, seven children died in Pietermaritzburg when a bakkie overturned and crashed into a house, and on Thursday, 22 children were injured in a bus accident in Umlazi, south of Durban. All were under the age of 13.

On Friday, eight children were injured when a car hit them outside their school in Reservoir Hills, Durban.