IT’S almost time for the seventh and final installment of the Fast & Furious franchise and we just can’t wait. So, to celebrate, the people over at Universal have provided Autodealer with prizes that will go to deserving fans of the iconic movie series. 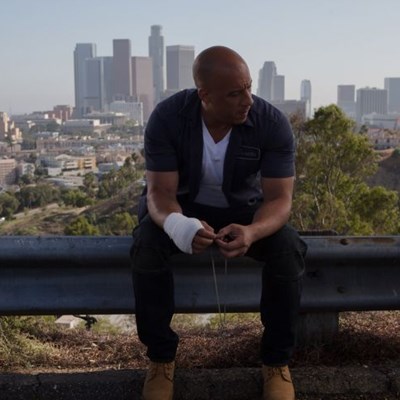 The film, which comes out on the 2nd April nationally, picks up more than a year after Dom’s (Diesel) and Brian’s (Walker) crew have returned to the States with their pardons.  Dom tries desperately to reconnect with Letty (Rodriguez), while Brian struggles to acclimatise to suburban life with Mia (Brewster).

Unbeknownst to all, danger has come in the form of cold-blooded British black ops assassin with a score to settle.  Beginning his reign of terror with the brutal murder of Han (Sung Kang) in Tokyo and the attempted assassination of Hobbs (Johnson) in Los Angeles, Deckard Shaw (Statham) is systematically hunting down those who took out Owen (Luke Evans), his little brother, during their last mission.

When Shaw blows up the Toretto house, the family’s very symbol of sanctuary given to our crew to regain their freedom, Dom must turn to a high level government operative (Russell) for assistance.  Our hero’s only hope is to get behind the wheel again and secure an ingenious prototype tracking device for the United States Government.

In return, they’ll use it to locate the ghost that is Shaw, before he can kill again.  And as they form a tighter band, the Fast & Furious 7 - Dom, Brian, Hobbs, Letty, Roman, Tej and Mia - will face their greatest threat yet in places as far away as Abu Dhabi and Azerbaijan…and as familiar as the streets they call home.