GEORGE NEWS & VIDEO - The Wesbank SA Fuel Economy Tour caused great excitement in George on day four of the five-day trip last Friday as the 40 vehicles filled up at Engen Multi Motors in Knysna road. Willie Hough, dealer principal of Multi Motors, was very excited to see the vehicles of all makes and sizes fill up their tanks at his garage.

A festive atmosphere prevailed as Multi Motors offered roosterkoek, a South African favourite, to clients on the house.

The aim of the tour is to test the fuel economy of different vehicles in a real-world situation.

Charl Wilken, operations manager of the Wesbank SA Fuel Economy Tour in partnership with FNB, has competed in several of the previous Total Economy Runs, which were run more like a rallying event, driving on both tar and gravel roads concentrated in a fairly compact area. 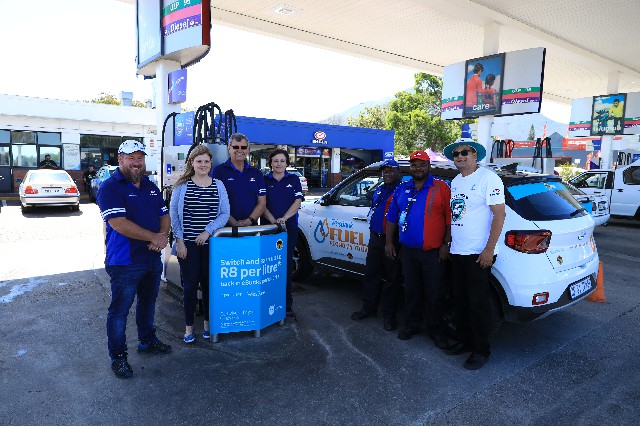 "However, I believe that what we really need in South Africa is an event that is run on major routes over a wide area of the country, affording an opportunity to provide fuel consumption figures based on realistic consumer driving behaviour. This is the reason for the WesBank Fuel Economy Tour in partnership with FNB," said Wilken. Tasty roosterkoek were handed out by Jayline Salmans to clients that filled up on Friday at Engen Multi Motors George. Photo: Wessel van Heerden

Renault came out tops, just beating Suzuki in a titanic battle that was only determined on the last day. The tight contest between Renault and Suzuki continued right up to the final fill-up in Cape Town on Saturday 16 November.

The route took the 40 competing vehicles from Johannesburg to Cape Town via Durban, East London, Port Elizabeth and George.

In the end it was a trio of Renault cars - Captur, Duster Techroad and Kwid Climber - that took the title by 0,0275 l/100 km. The battle between Renault and Suzuki swung back and forth during the event, with Renault coming out top at the end of the first day, Suzuki topping the chart at the end of the second, third and fourth days with Renault taking the honours at the critical final refuel in Cape Town. The Renault team celebrate their win in the category for the most fuel-efficient brand. They are flanked on the left by Marius Pentz, regional head of First Rand Wealth and FNB Private Clients in the Western Cape and on the right by Lebo Gaoaketse, WesBank's communications, social media, and public relations manager.

The event ran on major tar roads covering routes used by many motorists, particularly during the holiday commute. The route covers approximately 2 500km over five days, ensuring fuel consumption data that is representative of a standard production car driven with economy in mind.

On Friday the vehicles drove a distance of 350km from PE to fill up and overnight in George before leaving for Cape Town the following day on their last stage. At every fuel stop the vehicles were filled to the brim. Wilken said the tanks are sealed, stating the name of the last place where the vehicle was filled up. "We also check the tyre pressure. The cars then leave for the hotel. At the hotel, the drivers are not allowed to touch the vehicles. The vehicles are guarded so no tampering can take place. In the morning before the vehicles leave, the tyre pressures are checked again. Even the luggage is checked so that the vehicles aren't lighter." 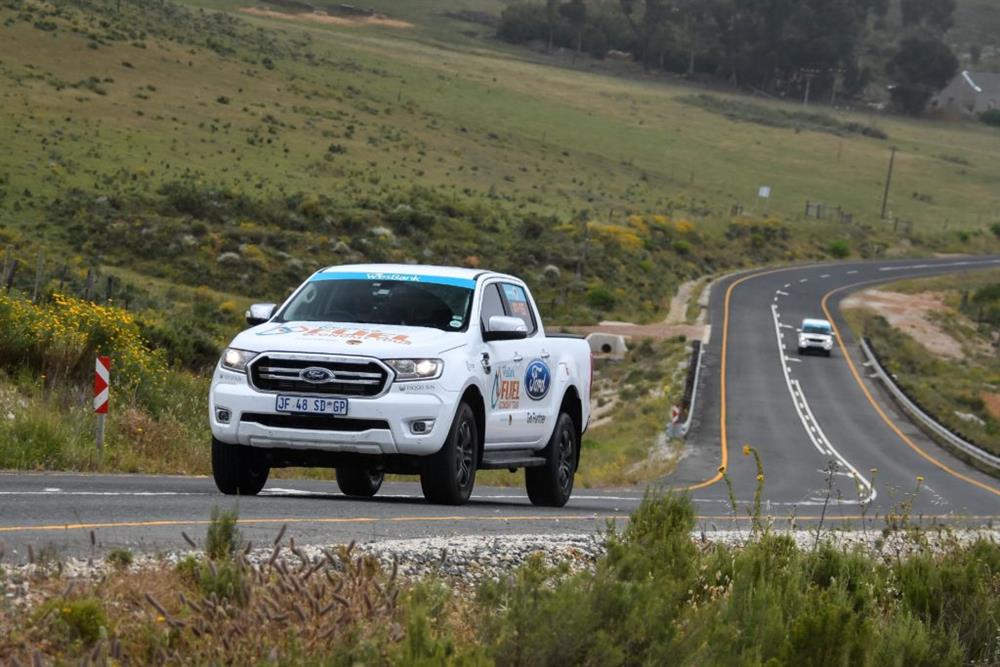 The Ford Ranger 2-litre crewed by Colin Mileman and Henry Kohne won the battle of the diesel double cabs with engines smaller than 2 500cc.

The car with the lowest fuel consumption was the Renault Captur with a 1,5-litre diesel turbocharged engine, crewed by motoring journalist Wynter Murdoch and experienced rally navigator Carolyn Swan. It averaged 4, 7319 litres per 100km.

Stephen Kenny, dealer principal of Seaman's Renault George, is very happy that Renault came out tops. He said Renault is always in tune with the world economy and has for seven years been working hard to build the most fuel efficient engines. "Seaman's Renault is happy to put bucks back in people's pockets." Read the full article online at www.georgeherald.com.