South Africans have no respect for pedestrians

MOST South Africans will find themselves in a vehicle on their way to work most mornings, whether it’s in a taxi or their private wheels. But the more time I spend driving on our roads, the more I’m beginning to notice that we are becoming an increasingly lawless bunch. 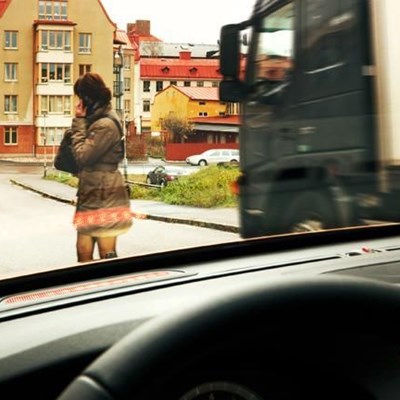 For instance, driving along on the open road, you might still spot the odd sign that reads “Keep left. Pass right.” This concept no longer plays a role in the South African driver’s mind; often you’ll find yourself cruising at the speed limit only to find someone chugging along in the right-hand lane at an unacceptably slow speed, which ultimately leads to traffic congestion and unnecessary stress.

I would like to think this is just my pet peeve, but it turns out I’m not alone and a lot of my fellow road users share the same frustrations, particularly regarding pedestrians.

The problem here is that I don’t think motorists or pedestrians really know who has right of way and how to treat each other.  Road users utterly despise pavement-goers. An informal chat with motorists provided the following feedback: they saunter across the road; they cross in the most random spots. Or the usual “they walk in the road, what’s the pavement for?”

Of course pedestrians have similar grievances. They moan about vehicles not yielding for them so that they can cross the road, even at pedestrian crossings where they have right of way. It seems like pedestrians are tasked with playing a dangerous game of Dodge ‘em cars, where every vehicle wants to hit you.

It’s not a joke, and in fact the former minister of transport, Sibusiso Ndebele once said that 40% of deaths on SA roads were pedestrians. It’s a staggering statistic and it’s no wonder the United Nations backed a local campaign last year to curb the high number of road deaths in South Africa.

Dubbed Think Pedestrian, the campaign is expected to run for a decade and aims to educate people and change their ‘attitudes’ to ensure they abide by the rules of the road.

A year in and I must admit I haven’t seen any information to try and educate us on this matter. It’s rather sad to know that it seems very little has been done because, in fact, we need a complete overhaul of the way South Africans think.

Anyone who has had the opportunity to travel to Europe will understand when I say that pedestrians and motorists respect each other in places like Germany and Austria. You won’t come across a pedestrian jaywalking or crossing the road when the little man in the traffic light is red. And they won’t saunter across the road either. There is this universal understanding that these are the rules, from the biggest cities like Berlin to the quiet little towns like Bad Laaspe. Everyone works together.

It’s a scary realisation, knowing something big has to change and unfortunately not enough is being done. I sometimes drive past schools and hordes of children are walking in the street and refuse to move for a massive two-ton piece of metal, to the point that I have to go around them. I’ll go on record saying that if my mother ever caught me doing this as a child, I would have be ‘reprimanded.’

This seems to be the norm for most children: an epidemic where they refuse to use pavements or move for motorists when they should. My worst scenario to date has been a jaywalker in a black plastic bag crossing the highway at the dead of night. I have never been so angry and frightened at the same time - how I managed to avoid him I’ll never know.

But this isn’t a one-sided struggle. I have also seen pedestrians anxiously waiting to cross the road at a zebra crossing and motorists utterly refusing to let them cross. And when they do get given a gap, they are full of praises for the one commuter who was polite enough to obey the rules of the road!

We all have the right to use the road and a small amount of respect for one another and observing the rules of the road will allow us to safely navigate to where we need to be, but it does all start by simply changing our attitude through education.