Rest well before hitting the road 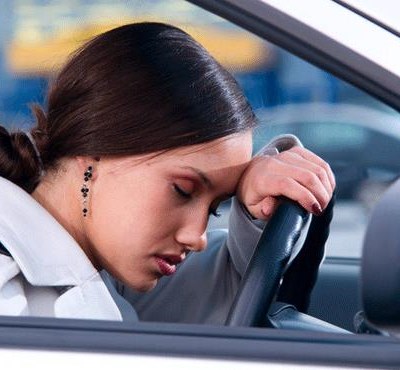 Driving tired.
MOTORING NEWS - Get more sleep. Have another cup of coffee before you drive to school or work. It could save your life. This is according to a 100-car naturalistic driving study conducted by the Virginia Tech Transportation Institute (VTTI) that shows that fatigue is a cause of 20% of crashes in the US, rather than the 2% or 3% previously estimated.
These stats should be taken seriously be South Africans travelling to holiday destinations over the upcoming July holidays, as locally driver tiredness is a major cause of car accidents, says Budget Insurance's Martin Janse van Rensburg.
In the VTTI study, driver behaviour just prior to an accident was observed for the first time using on board cameras. In 20% of all accidents and 16% of all near accidents, the driver was showing fatigue. The researchers observed eye-lid closure, head bobbing, severe loss of facial musculature, and micro-sleep, which is when the eyes drift shut and then pop open again.
Although the study revealed that 18 to 20 year olds account for most fatigue-related accidents, older drivers can also succumb to sleepiness on the road due to late nights and early morning starts.
In Africa, the problem is thought to be even more pronounced: anecdotal evidence suggests that as many as 60% of truck accidents may be due to driver tiredness.
Though typically associated with long-distance driving, fatigue can set in after a long day at work or a late night out. Emotional stress, illness, boredom and sun glare can also cause fatigue.
Janse van Rensburg urges motorists to get at least seven hours sleep before a long-distance trip, and to avoid travelling during their body's downtime, which for most people is between 02:00 and 06:00.
"If you find yourself battling to keep your eyes open, day dreaming, or swerving into the centre of the road or onto the verge, find a safe place to stop and rest, or let another capable driver takeover," he says.
Preventing fatigue