Porsche parade to be a massive event

PORSCHE fans the world over are preparing to celebrate 50 years of the 911. 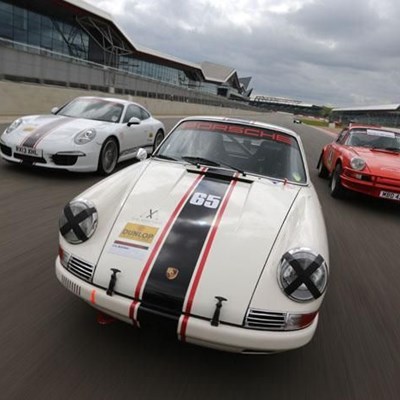 Porsche is building a limited edition 911 - details elsewhere in this issue - but it’s the effort of the fans that really impresses.

To celebrate the anniversary, a massive on-track parade of 911s, past and present, is being staged as one of the many highlights at the annual Silverstone Classic. The event has proved so popular that it has already attracted more than 1 000 registrations.

"Originally we feared achieving 911 Porsche 911s might have been a somewhat overambitious and idealistic target, but with Porsche Club Great Britain’s invaluable input, we’ve sailed past that goal with eight weeks to spare,” reported a delighted Nick Wigley, event director. “It’s terrific that so many 911 enthusiasts and Porsche Club members will be able to join us for what’s going to be a fantastic birthday party and to be marking such an important automotive milestone in such record-breaking style is what we always set out to accomplish. It’s going to be a mind-boggling experience no Porsche fan will want to miss.”

"There are a number of very special 911s and Porsche personalities appearing,” confirmed Nick Hine, chairman of Porsche Club Great Britain. “We will be making further announcements in the coming weeks, but are delighted to reveal that two Porsche racing legends, Derek Bell MBE and David Piper,  will be among those helping us to celebrate this important occasion on the full Grand Prix track at Silverstone. Having two celebrated drivers from Porsche’s illustrious racing history, taking part in the 911 x 911 world record attempt, is a fitting tribute to mark Porsche Club Great Britain’s celebration of the 911’s birthday.”

Since being unveiled at the Frankfurt Motor Show in 1963, the iconic 911 has evolved to become the world’s most successful sports car, with global sales to date totalling more than 820 000.