If you’re a performance car enthusiast like me, then at some stage you probably would have at least considered taking your car to a track day, drag strip, gymkhana or skidpan event. 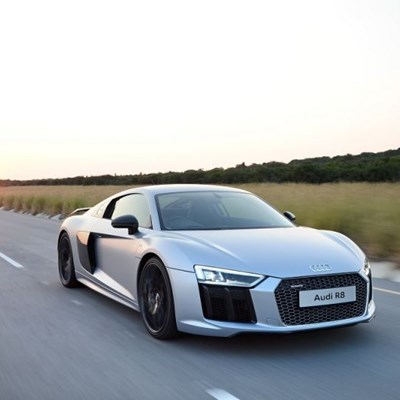 Essentially, events like these allow enthusiasts to enjoy their machines in a safe and controlled environment, while simultaneously encouraging less speeding and irresponsible driving on our roads.

I then ask myself, why do many manufacturers void performance car warranties if they are aware of the car being used on a track or at an organised motorsport event? I bring this topic up years after experiencing a similar issue because recently, I have had a few people contacting me about problems experienced at their local dealership after taking part in organised events.

Before I tackle this topic though, I’d like to dissect the very reason why I find the logic behind this whole scenario flawed to start with. Manufactures send me several press releases daily and among those, I consume an unhealthy amount of car-related media.

Often contained within this reading is some sort of performance car release or claims from a manufacturer stating how ‘dynamic’ the product is, bragging about lap times around the Nürburgring, pictures of the car power sliding and videos of a person in a racing suit peddling it around a track with slow-motion shots, racing flags, tyre smoke and all of those wonderful exciting racing antics.

Then, a few months later, motoring journalists are invited to drive one of these products. The launch will include some track driving which we’ll feature in our review. So let’s say you’ve read the review, watched the video, or seen a cool Instagram photo, and you’re now pumped-up and ready to buy that performance machine. However, the minute the car sees a track or some sort of organised motorsport event, its warranty is voided.

When oversimplified it boils down to this; a manufacturer has spent time, money, resources and countless man-hours producing a car built to perform on the road and the track, and has also gone to extreme lengths to promote and market it as a performance car. But once it has convinced you to buy the car, it discourages you from making use of its potential in a controlled environment, and even tells you that it can no longer guarantee the parts if it was used for what it was designed for.

For those of you reading this and remarking on my ignorance, allow me to explain that I understand that this subject is far more textured than the simplistic explanation offered above.

I understand that locally, many manufactures offer maintenance plans which means that someone who takes part in a fair number of track day activities throughout a year will be getting new brakes and consumables, essentially abusing the system but at the same time, that’s what the car was marketed for and indeed probably the reason why it was bought in the first place.

The other side of the coin is the fact that manufacturers have to consider that all of the people that buy its cars are racing drivers, and that some will abuse the car on a track, while others may never even consider driving the car in some sort of organised event.

Not all manufactures do this and some even encourage the use of their own products in a safe environment, but for those who don't I find myself scratching my head. The point I’m trying to get across here is that yes, a performance car will thrill, excite and is able to do many of the things its makers claim, but before you take the plunge, make sure you read the fine print.