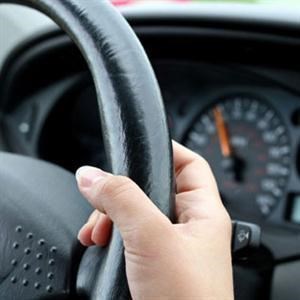 MOTORING NEWS - PLANT WILL CLOSE
Opel has confirmed it will phase out car production at one of its key German factories in Bochum at the end of 2014.

The company said in a statement: "The management board of Adam Opel confirms the approval of its plan concerning the Bochum production plant by the supervisory board. The plan is based on the phase-out of vehicle production at the end of 2014."

A proposal for keeping Bochum open until the end of 2016 - in exchange for a wage freeze, the giving up of some fringe benefits and other cost-saving measures - was rejected by unions and employees in March.

Under a deal worked out by parent company General Motors at the end of February, Opel had offered to keep car production in Bochum until the end of 2016, after which the plant would be retained as a components and logistics site employing 1 200 people, compared with 3 200 at present. Workers at the plant rejected the deal, with the union describing it as too vague.

PETROL TO GO
BYD, a Chinese brand with shares held by US billionaire Warren Buffett, may stop making conventional petrol-fuelled cars within two years and focus on 'new energy' battery models as part of a plan to arrest a slump in sales. Shares in BYD have fallen by almost three quarters since its highest level in 2009.

The company is considering to radically adjust its business - which includes batteries, cellphone assembly, solar panels, LED lightbulbs and electric and petrol-powered cars and buses.

At the heart of the plan is getting rid of petrol-fuelled cars and concentrate on greener battery technologies, said two senior BYD executives, who asked not to be named as the plans have not been finalised. The company is expected to unveil its Green Hybrid Technology at the Shanghai Motor Show this month.

TOLL NEWS
The SA Roads Agency Limited (Sanral) has denied reports that it has targeted numerous roads across the country for further tolling. This follows a DA announcement that Sanral had revealed new plans to toll numerous roads at a recent closed parliamentary portfolio committee meeting.

The proposed tolls were discussed by Sanral Chief Executive Nazir Alli, according to the DA's MP, Ian Ollis.
"We didn't know about it until the meeting. This is a concern," Ollis said. He said the committee meeting was closed to the media.

The roads discussed were the N3 between Durban and Pietermaritzburg, the N12 between Kimberley and Johannesburg, the N1 Ring Road at Musina in Limpopo, the N1 from Kroonstad to Winburg and the N1 Botlokwa interchange in Limpopo.
These proposed new toll roads are in addition to the N1-N2 Winelands in Western Cape, the N2 Wild Coast in Eastern Cape and e-tolling in Gauteng.

The DA is opposed to tolling as it says it would hit the poorest South Africans the hardest. Tolling would increase the price of doing business and result in food-price increases which would undermine economic growth and job creation, the DA says.

Sanral Spokesman Vusi Mona denied that the plans to toll the roads, accusing the DA of creating confusion ahead of next year's general elections. "Nazir said that if we had to toll, these would be the routes that would be considered as potential roads to be tolled. We can't definitely say that we are going to toll," Mona said.

The City of Cape Town has taken legal steps to stop the project. On 16 May, the Western Cape High Court will hear the city's application to stop Sanral from taking further steps to implement the project.

Earlier this month, Sanral announced that e-tolling would be implemented in Gauteng within the next two months, subject to its adoption by the National Council of Provinces.

CHEAPEST BIKE
Yamaha is planning to develop the world's cheapest motorcycle in India priced at about R4 450 and export it to other markets including China. The low-cost bike with an engine size of around 100cc will be worked on at its research centre in Uttar Pradesh state but no launch date was given.

The bike will be sold in India, then exported to Latin America, Africa and China - usually the source of low-cost manufactured goods.

"Our target is to develop the cheapest bike at around $500 for both India and export markets," said senior Yamaha research and development manager Toshikazu Kobayashi.

Analysts see Yamaha's move as part of a strategy to target commuters in India having previously focused on producing sporty and performance-led bikes. Yamaha currently produces 400 000 units in India.

AWARDS
Ten products have been selected as finalists in Automechanika Johannesburg's Innovation Awards competition. Gold, silver and bronze certificates will be handed to the entrants of the top three products at the official opening on 8 May.
The products are representative of pioneering automotive technology in a variety of original equipment (OE) or aftermarket categories and will be on display at the Innovation Awards stand at Automechanika from 8 to 11 May.

The finalists were chosen by a seven-member jury of automotive experts who took into account design characteristics, standards of engineering, benchmark features, professed quality and functionality, user benefits, environmental impact and value for money.